Earlier this fall, I wrapped up teaching a six-week workshop at Poets House about limits, borders, and the attenuation of a slowly building thought. I wanted to explore what it means to extend a moment, what it means to be propulsive while simultaneously currying a stillness. Relatedly, I’m interested in what can happen in the space where we carve out a throughway where we would normally just call something finished.

There are three companion pieces that I like to use as an introduction to this kind of practice, and I rope these pieces together because each piece approaches extension, tension, and propulsion in different but complementary ways. Here are the pieces, in sequence, followed at the very end by a writing prompt: 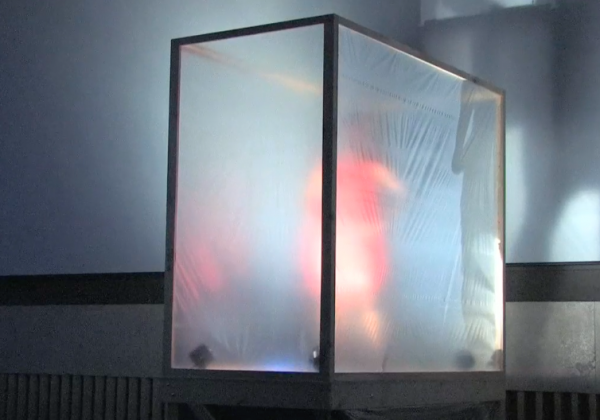 Okwui Okpokwasili’s “Poor People’s TV Room” explores themes around women’s resistance movements in the 1920s, and in this five-minute excerpt, you’ll get a good sense of the plaintive, continuous insistence and etching that happens in this piece. Eventually, it all builds to an incantation of sorts, as a few sparse phrases are sung over and over again:

“Pushing the ground is shaking”       “Have I swallowed enough?” 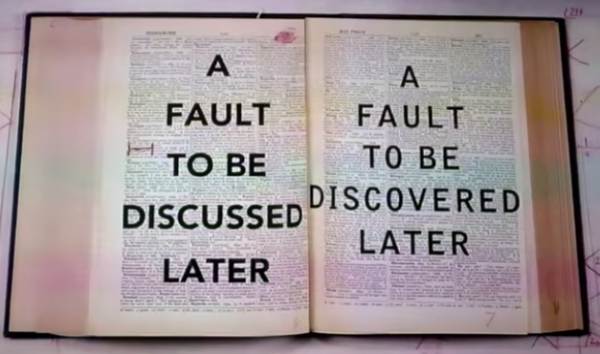 A few years ago, my friend Henk Roussouw introduced me to the work of South African artist William Kentridge. You can find many of Kentridge’s projects if you look, but the one I often return to is “Second-hand Reading.” This six-and-a-half minute animation relies heavily on text, text that slowly migrates across the field (“A fault to be discussed” becomes “A fault to be discovered,” for example) and becomes an invitation to consider how any word or idea can potentially metamorphose and become something new. While the images move quickly (i.e., over a few frames a blackbird becomes a globe and then morphs into a gramophone), the text rests in the frame long enough for us to think about the relationship the words on the page have to each other.

Blue Telephone with a Red Cord by Woody Leslie 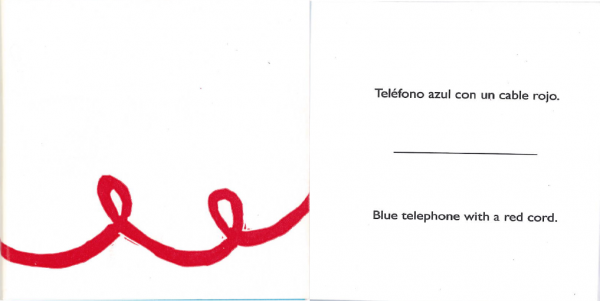 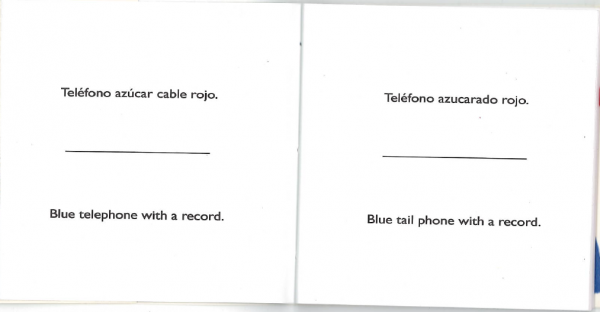 Maybe when you were a kid you played telephone: one person thinks of a phrase, whispers it into the next person’s ear and so on and so on until the phrase travels full circle. That game is so electric because you are sure that the phrase will be corrupted (and maybe pretty early on), but you have no idea how it will change until the final person reveals what they’ve heard.

Here is a prompt that emerges from the union of these pieces:

A “thread” is both a noun and a verb:

Tease apart a single, small moment or thread from the “Poor People’s TV Room” excerpt, “Second-hand Reading,” or the first three pages of Woody Leslie’s telephone book. For example, choose one of the phrases that Okpokwasili repeats and perhaps it becomes the first line of your piece. Or, choose a text frame from the Kentridge animation and extend it. Using a dictionary or thesaurus could be helpful because it will show you many other possible ways to see a word or phrase that you may have not considered. For example, if you chose to extend the “a mighty overtaking” moment from “Poor People’s TV Room,” you could start by looking up the definition of “overtaking.” What does it mean, and then also, what does its meaning recall for you? When were you last overtaken? When were you overcome?  Sit with the feeling of what it might actually feel like to be overtaken. Or think about some of the things that can be overtaken (as well as things that might do the overtaking). What are all the ways to say overtake? What about “over” alone and “take” alone?

Turn the words. Prolong your study. Say the words aloud so you can hear their resonance. The charge is to keep moving, but slowly, and each of these pieces shows us a different way to do that. Push the border so it becomes porous.

Asiya Wadud’s debut collection, Crosslight for Youngbird, was published earlier in 2018 and she has subsequent collections forthcoming in 2019 (Syncope) and 2020 (No Knowledge Is Complete Until It Passes Through My Body). Her work has been supported by the Lower Manhattan Cultural Council, Brooklyn Poets, Mount Tremper Arts, and the New York Public Library, among others. Recent work can be found in Makhzin, Chicago Review, Best American Experimental Writing, and Tupelo Quarterly. She teaches poetry at Saint Ann’s School and leads an English conversation class for new immigrants at the Brooklyn Public Library. You can find out more about her work at asiyawadud.com.