In Memory of Triumph

In Memory of Vinyl

Records vintage in iconic covers
on eBay and in basements

Records that rock and roll time, hold
the refrains, groove round and round

When the dawn break
Effuse the smell of dream,
Other birds sing the song.

When the dawn break,
You put the same boots,
Yesterdays are gone.

When the dawn break,
A piece of hope,
You let it drop.

Hello, I’m Lenore Rosenberg from Roma. you 10 10 10 is a perfect quarantine poetry month, challenging when Italian skies are blue and we are chained into. As from now, Here’s another plea for a 10 10 10 x 3.

When the ocean rises, the seashore
disappears, the water never dousing fires
burning on in the beach. The white sands
are charred and black and the pretty little
girl freezes, howls caught in her throat.

When the earth is scorched by fires,
birds flee to other shores and bears
growl out of their caves, limited to
charred, bitter, exoskeletons of food,
their strength impaled, like the girl’s.

When she calls after the storm,
I strain to listen for fragments
of fear, my heart still aching after
all these years to make it better,
and my blind mind’s eye sheds tears

Hello here is my submission for category: repetition

History repeats itself. Came across this poem written in 1869, reprinted during 1919 Pandemic.
This is Timeless….
It was written in 1869 by Kathleen O’Meara:
And people stayed at home
And read books
And listened
And they rested
And did exercises
And made art and played
And learned new ways of being
And stopped and listened
More deeply
Someone meditated, someone prayed
Someone met their shadow
And people began to think differently
And people healed.
And in the absence of people who
Lived in ignorant ways
Dangerous, meaningless and heartless,
The earth also began to heal
And when the danger ended and
People found themselves
They grieved for the dead
And made new choices
And dreamed of new visions
And created new ways of living
And completely healed the earth
Just as they were healed.
Reprinted during Spanish flu
Pandemic, 1919

The kind that makes the stomach somersault
Or cascade in waves
The kind that the mind flashes
Like a burnt bulb or a flower that bursts into bloom.
The kind that smells like fresh linens
Wrapped around a just bathed body.
The kind that lingers past memory.
The kind that sounds like chimes in a March wind
Or the silence of a star stretched sky.
The kind that remembers what it needs to forget
And forgets what begs to be remembered.
The kind that insists in gentle forgiveness and subtle
whispers that it is also kind.

In Memory of Smog

Thanks so much for the free workshops!
Many thanks
–Ceó Ruaírc

In Memory of Mornings

Cheers to days when we finally stopped listening
Cheers to poets, artists, doctors, lovers
Cheers to people who grinned that same smile
Cheers to the humanity who never lost their dream

Hi Poets House!
My name is Bella D. I am a sophomore in high school, and this is my poem on memories with a repeated structure.

It’s an ugly word and becomes even uglier when you apply it to your own mother.
It’s something of a shameful thing for a son to appear so ungrateful, so unloving.
It’s necessary, though, and if you had lived as I had, like some shameful thing that became ore shameful the more I started thinking for myself, then maybe you too would have had to endure and tolerate and “take it.”
It’s not something people talk about, and whenever I do, they shudder within, I can see it in their eyes.
It’s as if I am a living, breathing contagion and they risk contracting indifference and antipathy.
It’s easily seen in their eyes, in how their voice changes, in how they look away, and in how they’re onto something “more pleasant” or are walking off altogether.
It’s something that bothers me because as a child I had had no power, no say, and as a boy even less so because of all the expectations placed upon me I never lived up to.
It’s a thing I disappointed them with again and again and again from teen to adult to full-grown man, but…
It’s something they started and I had to end, this farce called family.
It’s limited to them, though, and I don’t think everyone has to be that way, though I can tell…
It’s nothing any of them want anything to do with—when they discover what I accomplished,
It’s a thing that becomes a black mark discounting me for all time from them wanting anything to do with me.
It’s nothing they ever thought was possible, for how could you surrender your own family like that?
It’s something that took years and years to get just right, though, as I was aware what the ending would look like, but not what it would feel like.
It’s a death I wish on no one.

In Memory of the Kitchen
We dipped spiky leaves into melted butter
We dipped steamed clams, too
We dipped crusty kaiser rolls
filled with well done roast beef into au jus
We dipped cornmealed smelts
into jarred tartar sauce
We dipped and chewed
and laughed and overate
We dipped into each others’ days
at the crossroads of the kitchen table.

In Memory of Forgetting
Because her elderly mind
is butterfly wing and steel door
is cloud and dark compost
is photograph and black negative
is present and the past
is mother and child
is roses and thorns
is remembering my face and then forgetting it
is is is then isn’t
is family archive and books without pages
is tide going out and a day without rain
is broken record and a record without groves
is my mother
even as she forgets me.

In memory of submission

As he went out hunting
As he came home without the dog
As a call came from the vet, “come get your dog”
As he shot the dog

As I shoveled dog shit
As the dog chewed at the buckshot
As the scabs healed and the coat grew back
As before dawn the guns banged into the pick-up truck.

Into the Now
Hear that?
Now, listen to me…
Instead of checking for cutesy whistle texts, and reminder beeps
Instead of flitting from this thought to that
Instead of grumping, judging, and constantly philosophizing
Expecting you to be me and the other way round
Instead, join those birders ‘cross the way in the park—
see them over there? That bunch of rag-tag folks each looking up
into those trees-some with binoculars.
They don’t even know the other’s name.
They come together like Quakers or hippies
To stand here in silence-no chatting, shmoosing,
Comparing labels and shoes.
Instead, here’s that kestrel, showed up last week—
Right there just above us
See it now?
With sharpened beak, she patiently
Watches our jagged world spin below
She sits invisible, looking for prey
And for all sorts of predators, such as ourselves.

solace in the life
that survives its weathering

solace in the stars,
the sparkling leading ways

solace in the moonrise
moving and peaking gracefully

solace on this earth
unlike any other place

In Memory of Horses
Hooves in soft wood chips
Hooves on hard cement
Hooves on springy rubber
Hooves in squishy mud
Hooves over rocky trails
Hooves in sandy rings
Hooves stepping over poles
Hooves trotting and extending across the arena
Hooves cantering, one lead and then the other
Hooves slowing to a gentle rocking walk
Hooves attentive as we halt, together

IN MEMORY OF LOST OPPORTUNITY
But for the snow melt that made the field
unplayable every Spring;
But for the growing hole in the center
of my glove that let the ball slip out;
But for the worn sneakers that slipped
and slid on the outfield grass;
But for the hitch in my swing that
jumped the bat above the ball
causing it to dribble to short;
But for my brother’s taunts that
made me doubt what talent I had;
God damn, I could have been great.

Sadness
I’m sorry black is here
The depth m invaded
The suffering of my soul
Take my mind to the dark
Life is good for light
To discover its color is to leave
But where am I afraid, am I going?
Thank you, I crossed the line
But where am I black or white?

The CO Blues
What is news, death toll today
There is some blues
I fear the news every day
My future lies in the sun
No, in the news.
My gloves, blue, my mask, blue,
Will I live today?
Will I become a prediction of the news?
What are the headlines today?
Stay inside to be alive.
It’s the corona blues that will consume you.
Then spit out your grave
Then the number gets higher
On the news

Dear Dave,
you mentioned “Forgiveness.”
Here my contribution to
“In Memory of…”

In memory of forgiveness

Never digest the loss! I already did.
Never meet her again! But in my dreams?
Never cut my toes with a knife! See my painted red nails.
Never tell me you know, who I am! I am an open book.
Never make me feel guilty! You chose to go.
Never make me eat fish! You apologized.
Never tell me I lied. You were anxious to loose him.
Never let me explain and explain. Shhh, little baby, don’t cry!

Never be my mother. But you are forever.

In
Memory of Her Divorce

since
you hated gambling, seeing your brother lose his car and almost his house,
seeing
addiction turn late nights on basement computer screens into morning evictions,
we
went to a casino

since
you loved Sheryl Crow, seeing her play live, we went to Foxwoods,
seeing
your eyes see surprise tickets at the end of dinner,
we
got to our seats late

since
you called your daughter during dessert, seeing how her rehearsals went,
seeing
if she was going to be back at your house or his this weekend,
we
didn’t speak to her for weeks

since
we had so much to say after the concert, seeing the standing clapping crowds,
seeing
if this chance to be away from the apartment, the letters, the lawyers would show you what your new days and nights ahead could be
we
said nothing for the next 90 miles.

In memory of Cara

The child I never had

My DOG which in reverse

Still feel her around me

Do not think I really lost her

Am still engulfed by her love 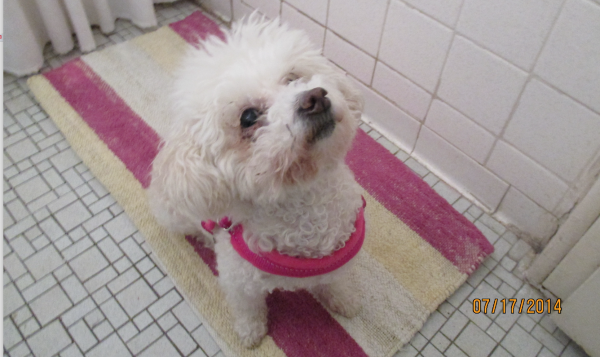