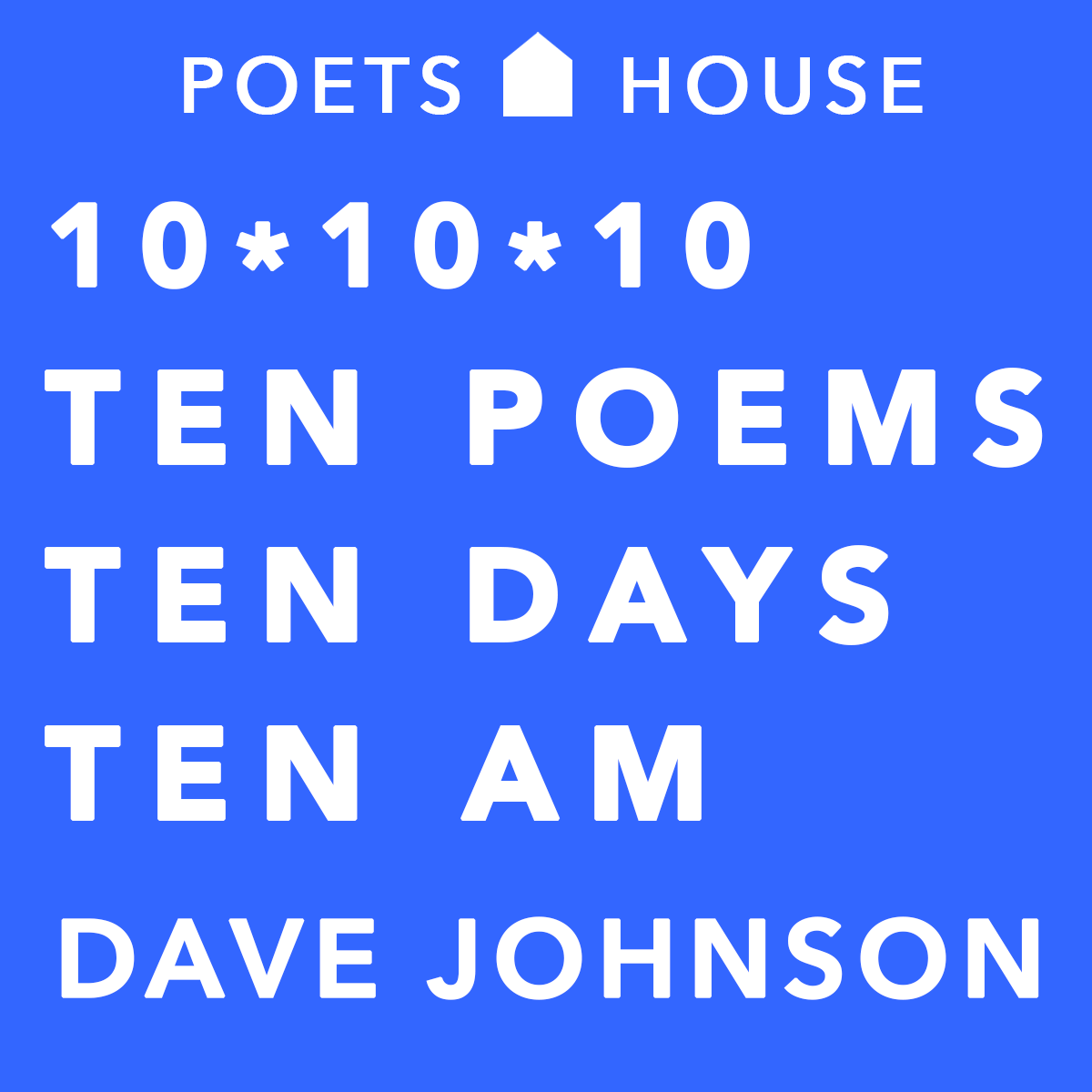 Starting Monday, March 23rd, 10am, join Dave Johnson to write a new poem in only 10 minutes.

We’ll present a new video every weekday for 10 days, posted to Twitter, Facebook, Youtube and right here! Scroll down to see the videos. For teens to adults. Free!

Please send your response poems to poem@poetshouse.org & check out the 10*10*10 Community Anthology of poems collected from participants in Dave Johnson’s 10*10*10 Video Workshops!

Bonus Episode: Dave Johnson & Revisions. Dave talks revisions! Thank you all for participating in our series of video workshops!

Episode 9: Pablo Neruda & Questions. Dave looks at Pablo Neruda and goes thru an excerpt of “The Book of Questions.” He prompts us to write a poem of 5-10 questions. He reads Neruda’s “Ode to My Socks,” translated by Robert Bly.

Episode 8: Cooking with Poetry & Captured Dish. Dave is cooking in the anthology kitchen. He reads Rita Dove’s “Chocolate” and prompts us to capture our favorite dish. He writes an ode to Anchovies and reads Rudolfo A. Anaya’s “La Papa.”

Episode 7: Native American Poetry & Repetition. Dave returns to the anthology section and cracks open “Returning the Gift.” He takes us through a close reading of Karenne Wood’s poem, “In Memory of Shame,” and has us write a poem employing repetition as structure. He also reads nila northSun’s hard hitting poem, “Stupid Questions.”

Episode 6: Margaret Atwood & the Twist. Dave is back with Margaret Atwood’s poem, “This is a Photograph of Me.” He takes us through the poem and prompts us to write a photograph of ourselves. He then gives us a bio on Atwood and reads her poem, “Song of the Fox.”

Episode 5: Audre Lorde & Supposition. Dave presents Audre Lorde and takes us thru a close reading of Her “And Don’t Think I Won’t Be Waiting.” He gives us a prompt to write our own poem that also begins ‘I am supposed to say’ and writes his own example poem. He gives us a short background on Audre Lorde, then reads her poem “From Inside an Empty Purse.”

Episode 4: Sports Poems & The Moment. Dave is back in the anthology section of Poets House with all things sports. He takes us thru a close reading of Diane Ackerman’s “Patrick Ewing Takes a Shot” and prompts us to write our own poem that puts a figure (sports or otherwise) in a moment. He constructs his own poem after his favorite soccer player and reads a poem on jogging by Agha Shahid Ali.

Episode 3: Li-Young Lee & Memory. Dave intros Li-Young Lee and takes us thru a close reading of Lee’s “I Ask My Mother to Sing.” He gives us a prompt to write our own poem that asks someone to do something and writes his own example poem. He gives us a short background on Li-Young Lee, then reads Lee’s poem “Little Father.”

Episode 2: Caribbean Poetry & Place. Dave introduces us to the anthology section of Poets House and “Jubilation! Poems Celebrating 50 Years of Jamaican Independence.” He takes us thru a close reading of Makesha Evans’ “Where We…” and prompts us to write our own poem that considers place then writes his own example poem. He gives us a short background of Makesha Evans and reads a poem by Kwame Dawes, poet and editor of “Jubilation!”

Check out the 10*10*10 Community Anthology of poems collected from participants in Dave Johnson’s 10*10*10 Video Workshops! 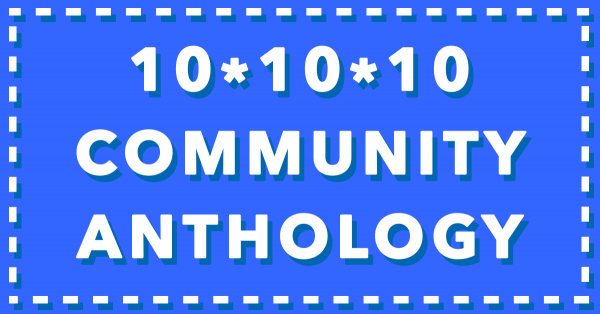