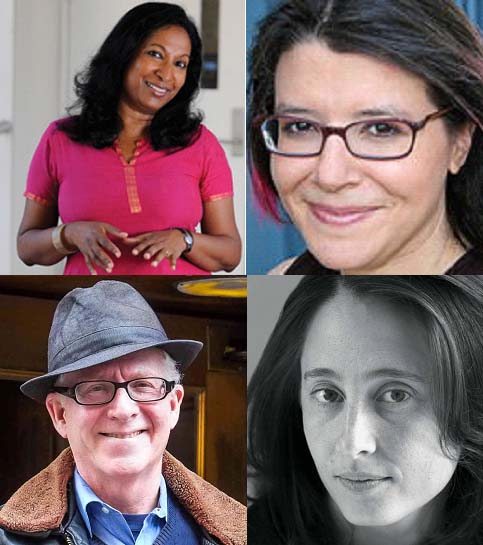 Preceded by the Showcase Opening Reception.Exhibition on view through August 16.

Jennifer Michael Hecht‘s poetry collections are Who Said (2013), Funny (2005), which won the Felix Pollak Prize in Poetry, and The Next Ancient World (2001). She is also a historian, recently publishing Stay: A History of Suicide and the Philosophies Against It (2013). She teaches at The New School.

David Lehman is the author of numerous collections of poetry including New and Selected Poems (2013), Yeshiva Boys (2009), and When a Woman Loves a Man (2005). He is the series editor of The Best American Poetry, and the author of many critical works, such as A Fine Romance: Jewish Songwriters, American Songs (2009). He is core faculty in the graduate programs at The New School.

Rachel Zucker is the author of nine books including her most recent collection of poems and prose, The Pedestrians (2014); a memoir, MOTHERs (2013); and Museum of Accidents (2009), a finalist for the National Book Award. She is also co-editor of Starting Today: 100 Poems for Obama’s First 100 Days (2010). She teaches at NYU.