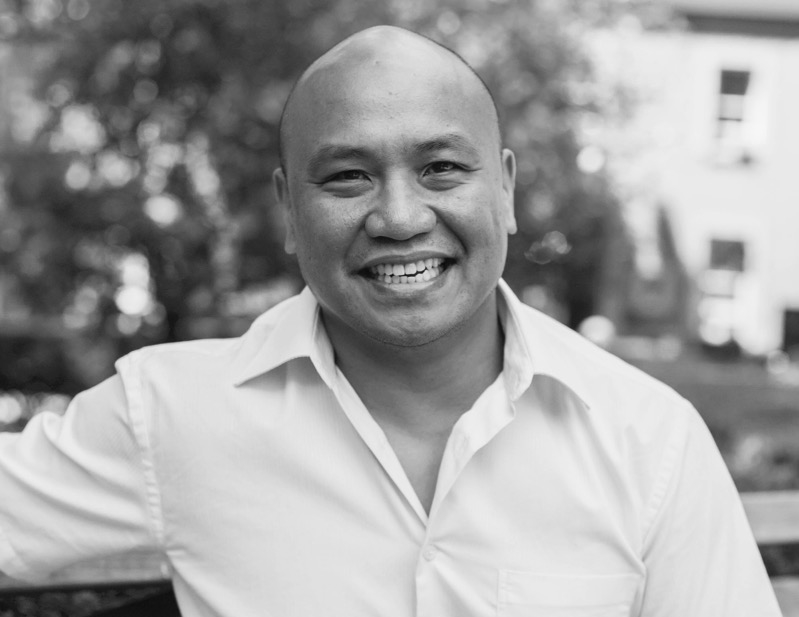 A Convocation: a literary and musical exploration of the intersection of Black and Filipino history

Patrick Rosal will be reading and performing from his most recent poetry collection, Brooklyn Antediluvian, as well as works-in-progress. As the Dewey Arch, which commemorated the conquest of the Philippines Islands, once stood on 23rd St. and 5th Ave. in 1899, this series of literary readings and performances will explore the intersection of African American and Filipino American history. Three vocal soloists will join him: on Wednesday and Thursday, coloratura soprano Mary Rose Go; on Friday and Saturday Steve Mallorca, the lead singer of the band P.I.C. and the Sulu and Excelsior project; and on Sunday, Abena Koomson, who helped Bill T. Jones develop the character of Funmilayo Ransome-Kuti for the musical production of Fela! Each singer will perform variations of “Beloved Philippines”, arranged by Rosal. This love song for the archipelago was written by Walter Howard Loving, a Black soldier, composer, and conductor who, in the first half of the twentieth century, lead the world-famous, all-Filipino Philippine Constabulary Band. The audience will be invited to learn the song on the final day and to sing it in chorus. Loving died in the Philippines while imprisoned by the Japanese in 1944.

Patrick Rosal is the author of four full-length poetry collections: Brooklyn Antediluvian (2016); recipient of the Lenore Marshall Prize and a finalist for the Kingsley Tufts Award; Boneshepherds: Poems (2011); My American Kundiman (2006); and Uprock Headspin Scramble and Dive: Poems (2003). Boneshepherds was named a small press highlight by the National Book Critics Circle and a notable book by the Academy of American Poets. Rosal’s collections have been honored with the Association of Asian American Studies Book Award, Global Filipino Literary Award and the Asian American Writers Workshop Members’ Choice Award. In 2009, he was awarded a Fulbright Fellowship to the Philippines. He is co-founding editor of Some Call It Ballin’, a literary sports magazine. He has received teaching appointments at Penn State Altoona, Centre College, and the University of Texas, Austin, Drew University’s Low-Residency MFA program and Sarah Lawrence College. He taught creative writing for several years at Bloomfield College and twice served on the faculty of Kundiman’s Summer Retreat for Asian American Poets. Rosal is currently on the faculty of Rutgers University-Camden’s MFA program. His poems and essays have been published widely in journals and anthologies including The New York Times, Tin House, Drunken Boat, Poetry, New England Review, American Poetry Review, Harvard Review, Grantland, Brevity, Breakbeat Poets, and The Best American Poetry.