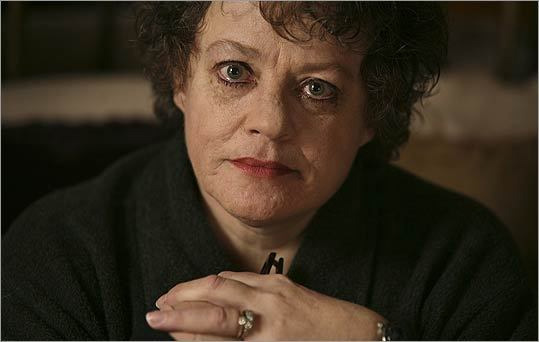 Distinguished poets gather to read poems in honor of Melissa Green, who will close the evening by reading from her new book, Magpiety: New & Selected Poems. Marie Howe writes: “Melissa Green might well be a 21st century version of Emily Dickinson, poet of ecstatic states and extremity. These are poems ‘scratched in blood,’ written by a survivor, a poet, a woman pulled back to life.”

Melissa Green is a poet and memorist. Her volumes of poetry include The Squanicook Eclogues (1987), Fifty-Two (2007), and Magpiety: New & Selected Poems (2015). She recieved the Norma Farber Award from the Poetry Society of America and the Lavan Younger Poets Prize from the Academy of American Poets. She lives in Massachusetts.

J. Mae Barizo‘s first collection of poetry is The Cumulus Effect, published in 2015 by Four Way Books. She has been the recipient of fellowships and awards from Bennington College, the Jerome Foundation, and Poets House. A classically trained musician, she has collaborated with musicians from The National, Bon Iver, and the American String Quartet.

Marie Howe is the author of three volumes of poetry, most recently The Kingdom of Ordinary Time (2008), She has been the recipient of fellowships from the National Endowment for the Arts and the Guggenheim Foundation, and the Academy of American Poets. She has taught at Sarah Lawrence College, Columbia University, and New York University. She was State Poet Laureate of New York from 2012-2014.

Askold Melnyczuk is a novelist, translator, editor, and educator. He is the author of three novels, including What is Told, a New York Times Notable Book. The founder of the literary journal Agni and Arrowsmith Press, publishers of Melissa Green’s Magpiety, he teaches at the University of Massachusetts, Boston.