A Reading with Adélia Prado and Ellen Doré Watson 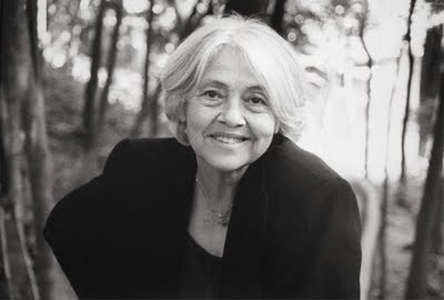 One of the foremost poets of Brazil, Adélia Prado is author of eight books of poetry, two of which have been translated into English, including her newest collection Ex-Voto (2013). She was praised by Veja (Brazil’s Newsweek) as “a writer of rare brilliance and invincible simplicity.” In this visit to New York, Prado will read poems with her English-language translator Ellen Doré Watson.

Adélia Prado is one of the foremost poets of Brazil. She has written eight collections of poetry and seven volumes of prose in Portuguese. Her poetry appears in English in the collections Ex-Voto (2013) and Alphabet in the Park (1990), both translated by Ellen Doré Watson. She has degrees in Philosophy and Religious Education from the University of Divinopolis, and she has worked for many years as a schoolteacher.

Ellen Doré Watson is a poet whose books include Dogged Heart (2010), This Sharpening (2006), We Live in Bodies (2002), and Ladder Music (2001). She has translated over a dozen books of poetry. She is the Poetry and Translation Editor for The Massachusetts Review and the director of The Poetry Center at Smith College in Northampton, Massachusetts.