A Tribute to Harvey Shapiro 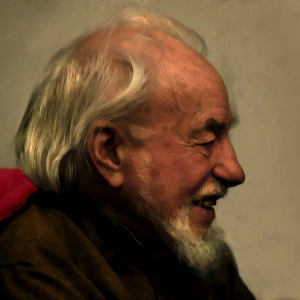 Poets and admirers of Harvey Shapiro (1924-2013) gather to read from his work and share memories of the man who prompted Dr. Martin Luther King, Jr. to pen the monumental “Letter from Birmingham Jail” and counted E.E. Cummings, George Oppen, and Louis Zukofsky among his friends. Concurrent with his 43-year career at The New York Times, his poetry spans the political and historic, local and international, always seeking the human significance of an issue. Shapiro’s many publications include 2009’s The Sights Along the Harbor, which draws from five decades of poetry.

Harvey Shapiro (1924-2013) was a poet and an editor, whose many books include The Sights along the Harbor: New and Collected Poems (2006), How Charlie Shavers Died (2001), National Cold Storage Company (1988), and his first book, The Eye (1953). A veteran of World War II, he edited the anthology Poets of World War II (2003) for The Library of America’s American Poets Project series, among other titles. He worked as an editor for numerous publications, but enjoyed a career in excess of 40 years with The New York Times.