A Tribute to Kurt Brown 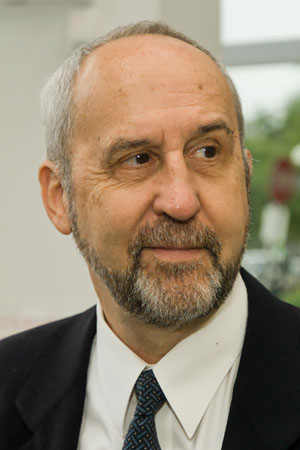 Friends and poets gather to remember Kurt Brown (1944–2013), prolific poet, editor, founder of the Aspen Writers’ Conference, former Poets House board member, and beloved teacher. Award-winning author of seven full-length poetry collections, including, most recently, A Thousand Kim and Time-Bound, as well as chapbooks, translations, and a memoir, Brown was a tireless advocate for poetry, editing and co-editing numerous journals and anthologies.

Kurt Brown, born in Brooklyn in 1944, was a poet, editor, educator, and an advocate for poetry in many communities. His numerous collections of poetry include Time-Bound (2012), No Other Paradise (2010), Future Ship (2007), and six chapbooks. He edited ten anthologies of poetry, including co-editing Killer Verses: Poems about Murder and Mayhem (2010) with Harold Schechter. He also wrote a memoir, Lost Sheep: Aspen’s Counterculture in the 1970’s (2012), and co-translated The Plural of Happiness: Selected Poems of Herman de Coninck (2006) with his wife, Laure-Anne Bosselaar. In 1976, he founded the Aspen Writers’ Conference. For many years he served on the board of Poets House. He taught at Sarah Lawrence College, and, in 2005, was Bruce McEver Visiting Chair in Writing at Georgia Tech.