Aaron Shurin on the Craft of Poetry 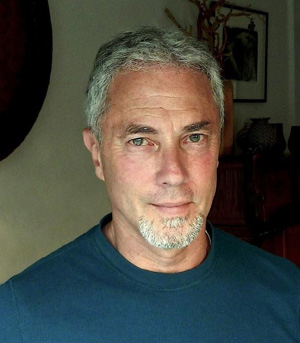 San Francisco poet Aaron Shurin considers the question “What is prosody?” in light of the current movement away from meter and traditional forms. Shurin looks at what new elements are at work in contemporary poetry, such as collage and sonic play, referencing both classical and current models, from Homer and Shakespeare to Denise Levertov, Robert Creeley, Michael Palmer and Lisa Jarnot. Shurin explores some of the ways in which poetic craft continues to make meaning in contemporary poetry.

Aaron Shurin is the author of eleven books of poetry and prose, most recently Citizen (2012), a collection of prose poems, and King of Shadows (2008), a collection of personal essays. His writing has appeared in over thirty national and international anthologies, and has been translated into seven languages. Shurin’s honors include fellowships from the National Endowment for the Arts, the California Arts Council, the San Fransicso Arts Commission, and the Gerbode Foundation. He lives in San Francisco, where he is Professor Emeritus in the MFA in Writing Program at the University of San Francisco.

Note: Aaron Shurin will also be part of Omnidawn’s Celebration and Reading at Poets House on Friday October 5.

2012: Aaron Shurin on the Craft of Poetry