Afterwards, in between, and since: A Charles Olson Centennial Exhibition 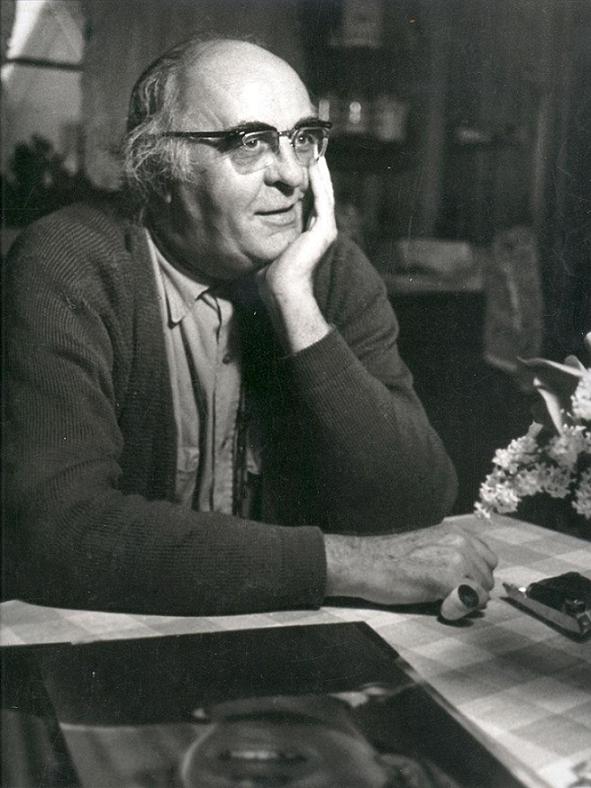 In honor of the 100th anniversary of Charles Olson’s birth, Poets House presents a selection of books by and about Olson, along with Charles Alexander’s set of ten broadsides entitled “Charles Olson: Language as Physical Fact.” The broadsides were drawn from The Maximus Poems and printed in an edition of 15 copies in 2008 at Chax Press in Tucson.

The display at Poets House includes recent gifts from board member André Spears, a poet and Olson scholar, and photographer Elsa Dorfman, whose portrait of Olson is also on view.

Charles Olson was born December 27, 1910, in Worcester, Massachusetts. Among other academic institutions, he taught at the legendary Black Mountain College, where he was an instructor and rector from 1951 to 1956. His first book, Call Me Ishmael, a groundbreaking study of Melville and Moby-Dick, was published in 1947, and his first book of poetry, In Cold Hell, in Thicket, was published in 1953. His influential essay, “Projective Verse,” appeared in 1950. He spent most of the last dozen years of his life in Gloucester, Massachusetts, the geographic muse for The Maximus Poems, which he had begun in 1950. The first volume was published in 1960, the second in 1968, and the third in 1975, following his death on January 10, 1970. The complete edition of The Maximus Poems, edited by George Butterick, was published in 1983