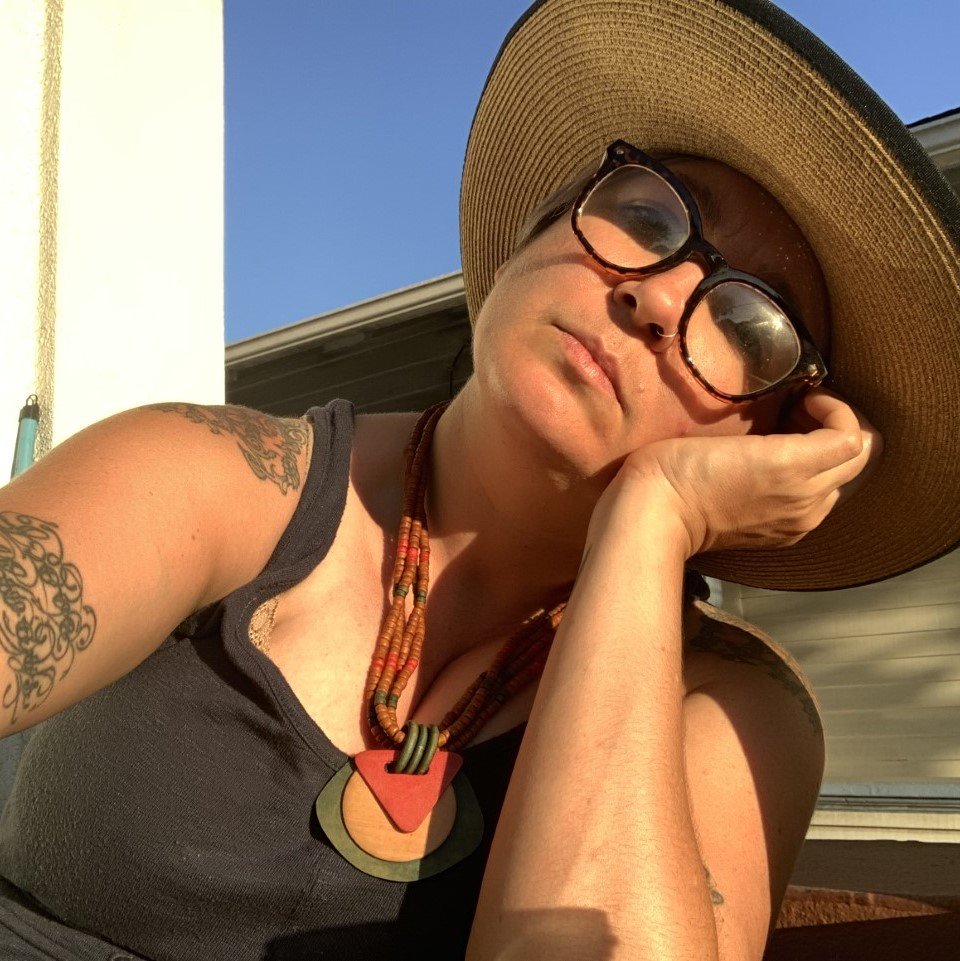 Deconstructing the boundaries of “poetics,” participants will consider and create works that challenge genre, drawing on source texts and media, ephemera, detritus, found language, list-making, and the epistolary form—alongside somatic and social practice. Can this work be a powerful, political act of radical self- and community-building? Of witness? Can it be an act of healing? YES.

ELÆ, a.k.a. Lynne DeSilva-Johnson, is a nonbinary queer multimodal creator and performer, cultural scholar, and educator. They are the founder and creative director of The Operating System, a radical open-source arts organization, online platform, and publisher. They have taught in the CUNY system for over 10 years and are currently a visiting assistant professor at the Pratt Institute. They were a featured guest and workshop leader at the Feminist Poetics, Emergent Pedagogies symposium in Los Angeles; designed and led the “Cartographies of Erasure” public workshop at Occidental University (as part of media scholar Alex Juhasz’s “Hard Truths/Fake News” project); and participated in Lambda Literary’s “Queer Women in Writing” at the NYC Department of Education’s Sexuality, Women, and Gender Conference. They have also lectured on “How to Human: Evolutionary Selfhacking for Traumatizing Times” at Books are Magic, and they developed and led the “Building Interpersonal Infrastructures” Workshop at SOHO20 Gallery, where they later participated in “How to Build a Feminist Pop-Up.” Lynne’s creative practice marries text, a variety of two- and three-dimensional visual media (both digital and analog), sound performance, somatics, storytelling, projection and video, book design, and conceptual art and installation, often including and/or drawing from research across a range of disciplines.