An American Lyric with Claudia Rankine 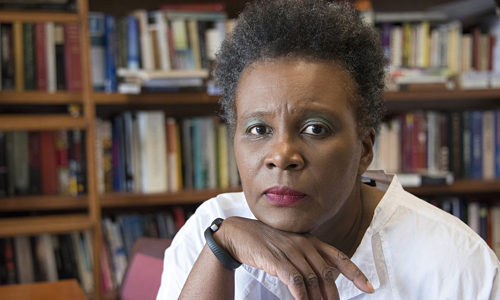 In this reading with commentary, Claudia Rankine, discusses her use of images, poetry and scholarship to create vital and impactful writing. Claudia Rankine’s most recent book, Citizen: An American Lyric, quickly became a book of singular acclaim for its critical examination of the relationships between race, art, media and society.

Claudia Rankine is a poet, editor, playwright, and educator. She is the author of five volumes of poetry, most recently the widely-acclaimed Citizen: An American Lyric (2014), and served as an editor of The Racial Imaginary: Writers on Race in the Life of the Mind (2014) and all three volumes in the series American Women Poets in the 21st Century. She has been the recipient of fellowships from the Lannan Foundation and the National Endowment of the Arts, and was elected a Chancellor of the Academy of American Poets in 2013. She serves as the Aerol Arnold Chair in the English Department at the University of Southern California.

Presented as part of the Emerging Poets Fellowship public lecture series, with support from the Jerome Foundation.