Architecture & Archives: The Library as Source Material with Valeria Luiselli 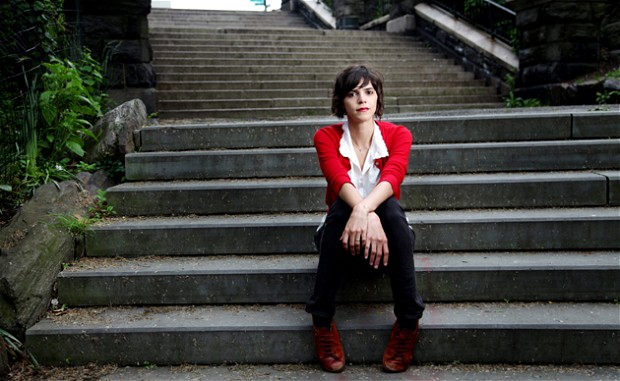 The author of Faces in the Crowd and Sidewalks, novelist and essayist Valeria Luiselli uses the city to exercise a roving intelligence, seeking out the questions imbedded in our human landscape. She’ll discuss her month-long residency in the Poets House archives and the influence of poetry, architecture and archives on her work. Luiselli will be joined by Shannon Mattern, an Associate Professor in the School of Media Studies at The New School. Mattern’s research and teaching address relationships between the forms and materialities of media and the spaces (architectural, urban, conceptual) they create and inhabit. The conversation will be moderated by Coffee House Press’s Jay Peterson.

Selected by author Karen Tei Yamashita as one of the National Book Foundation’s “5 Under 35, 2014,” Valeria Luiselli was born in Mexico City in 1983 and grew up in South Africa. In the spring of 2014, Coffee House Press published two of her books: a novel, Faces in the Crowd, and a book of essays, Sidewalks. Her work has appeared in the New York Times, Granta, McSweeny’s, and elsewhere. Some of her recent projects include a ballet libretto for the choreographer Christopher Wheeldon, performed by the New York City Ballet in Lincoln Center in 2010; a pedestrian sound installation for the Serpentine Gallery in London; and a novella in installments for workers in a juice factory in Mexico. She lives in New York City and was a fall 2014 writer-in-residence at Poets House through Coffee House Press’ CHP in the Stacks program.

Shannon Mattern is Associate Professor in Media Studies at The New School. A scholar researching the relationships between media and architectures, she is the author of The New Downtown Library: Designing with Communities (2006).

View Valeria Luiselli’s blog on her residency at Poets House: Coffee House Press: In the Stacks