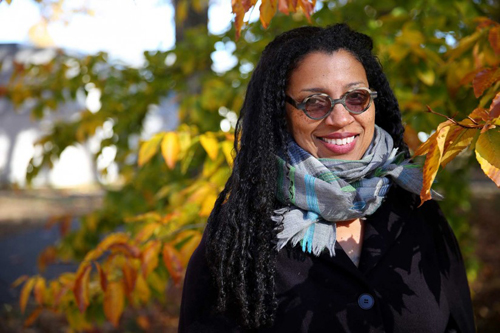 Robin Coste Lewis takes us on the incredible journey behind The Voyage of the Sable Venus, winner of the 2015 National Book Award for Poetry. A triptych of poems, The Voyage of the Sable Venus investigates historical portrayals of the black female body along with lived experience and the lyric. Learn firsthand what choices and inspirations went into the creation of this remarkable debut.

Robin Coste Lewis is a poet, scholar, and educator. Her first book of poems, The Voyage of the Sable Venus, won the 2015 National Book Award in poetry. She has been the recipient of fellowships from Cave Canem and the Los Angeles Institute for the Humanities. She holds an MTS in Sanskrit and comparative religious literature from Harvard Divinity School and is currently a Provost’s Fellow in Poetry and Visual Studies at the University of Southern California. She lives in Los Angeles.

2016: Robin Coste Lewis reads three poems from ‘The Voyage of the Sable Venus’