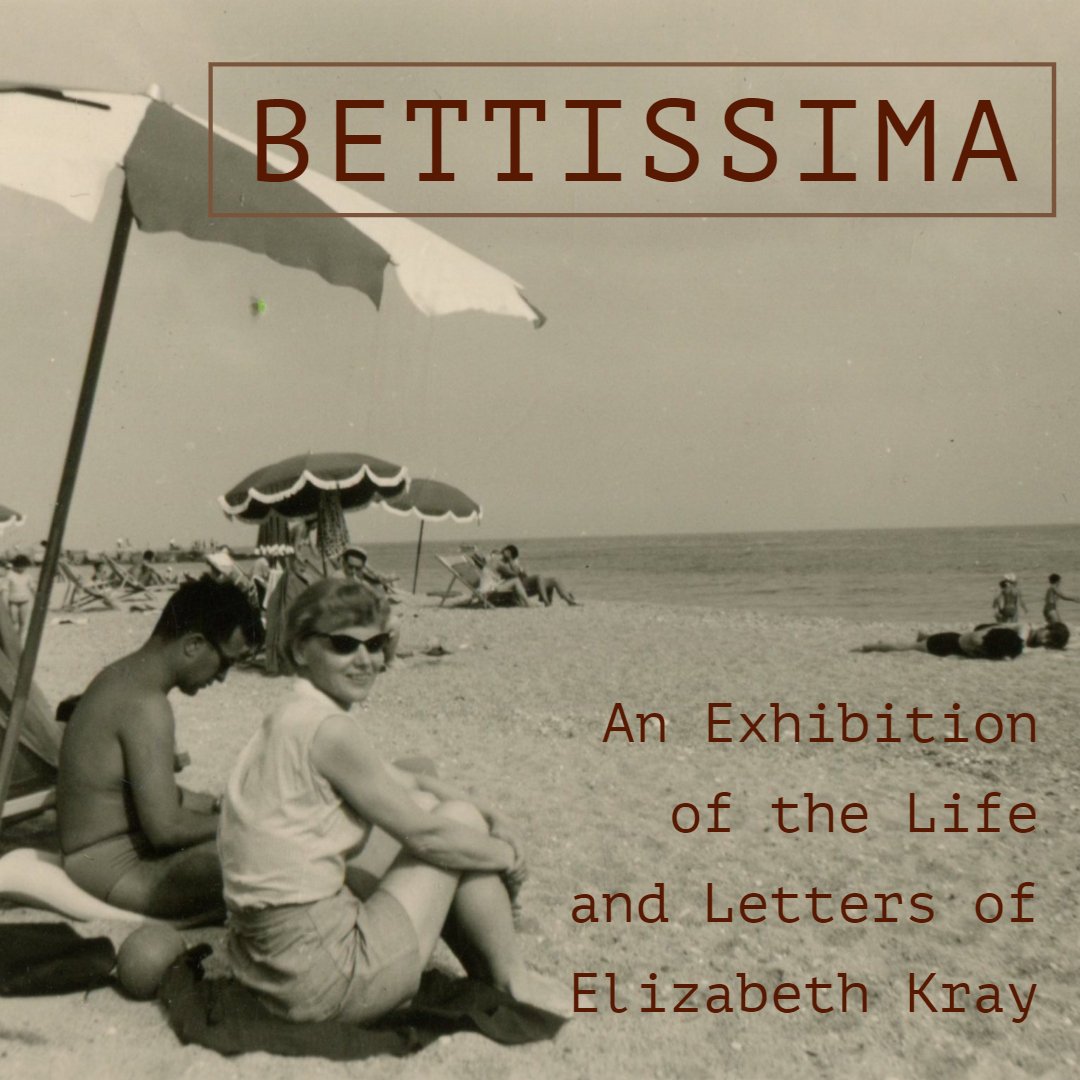 Betty Kray—dubbed Bettissima by E. E. Cummings—was a great unsung American cultural worker. A visionary arts administrator, Elizabeth Kray (1916–1987) co-founded Poets House with poet Stanley Kunitz and was an ardent advocate for poetry and American poets. Before initiating Poets House, she served as director of the Academy of American Poets and Poetry Center of the 92nd Street Y, creating reading series, the first Poets-in-the-Schools programs, and poetry walking tours. This exhibition includes over 100 letters to and from acclaimed poets such as Elizabeth Bishop, E. E. Cummings, Michael Harper, June Jordan, Denise Levertov, Clarence Major, George Oppen, Adrienne Rich, and many others, documenting trajectories of 20th-century poetry in the United States.

The Elizabeth Kray Archive at Poets House has received significant support from the Leon Levy Foundation.

Admission Free and open to the public Sponsored By Co-sponsored by the Battery Park City Authority. The Elizabeth Kray Archive at Poets House has received support from the Leon Levy Foundation.

In our latest #HardHatReading, Megan Fernandes (@mfernandespoet) reads poems from her recent and forthcoming collections from @Tin_House plus “the blackness of the hole” by Dutch poet Radna Fabias.