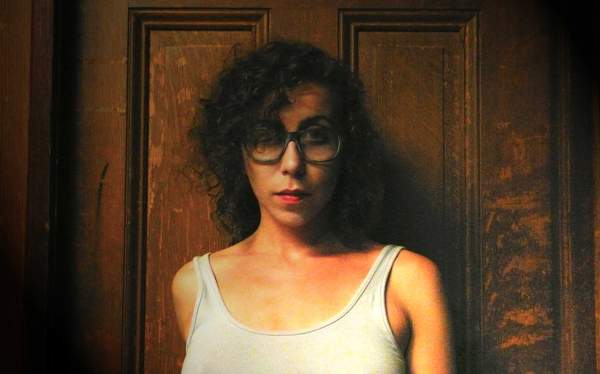 Join Belladonna* for a reading and conversation with activist writers Celina Su and Ariana Reines as they read poetry and prose, ask and answer questions, hold forth, and generally illuminate the politics and poetics of their original, radical, “relief” work on the Thai-Burmese border and Haiti, respectively.

Ariana Reines was born in Salem, Massachusetts. Books include The Cow (Alberta Prize, Fence 2006), Coeur de Lion (Mal-O-Mar 2007, Fence 2011), Mercury (Fence 2011). Her play Telephone was commissioned and produced by the Foundry Theatre in 2009, winning two Obies. Book-length translations include The Little Black Book of Griselidis Real: Days and Nights of an Anarchist Whore by Jean-Luc Hennig (Semiotext(e) 2009), My Heart Laid Bare by Charles Baudelaire (Mal-O-Mar 2009), and Preliminary Materials for a Theory of the Young-Girl by TIQQUN (Semiotext(e) 2012). She has read and performed at venues including Works+Process at the Guggenheim, MoMA Print Studio, The Swiss Institute, and many others, and has led workshops as Roberta C. Holloway Lecturer at UC Berkeley and at The Poetry Project, Poets House, and Columbia University. Recent experiments in visionary poetics include ANCIENT EVENINGS at 208Bowery, THE WOLF AND THE DOG at The New School, and THE OPENING OF THE MOUTH in Santa Fe, NM. New texts have appeared in Grey, Parkett, Triple Canopy, and Film Comment, and a new production of Telephone is being mounted by Theatre Ninjas in Cleveland this Spring. Ariana is working on a new book and a screenplay. She lives in Queens.

Celina Su was born in São Paulo and lives in Brooklyn. She is an Associate Professor of Political Science at the City University of New York. Her writing has appeared in both academic and literary journals, including n+1, Aufgabe, Critical Policy Studies, and Boston Review, and her honors include the Berlin Prize, the Whiting Award for Excellence in Teaching, an Academy of American Poets prize, and fellowships from Saltonstall, The Millay Colony, and Bread Loaf. She has written two books on education policy and grassroots activism. Su co-founded the Burmese Refugee Project in Thailand in 2001 and received her Ph.D. in Urban Studies from MIT.

Alissa Quart is the author of two non-fiction books, Branded (Basic Books, 2003) and Hothouse Kids (Penguin Press, 2006), and the forthcoming Republic of Outsiders: The Power of Amateurs, Dreamers and Rebels. She has written features for The New York Times Magazine, Marie Claire and many other publications. In 2012, she has contributed regular reported opinion pieces to The New York Times Sunday Review and New York and her work has appeared in 2013 in The Atlantic, Reuters and The Atavist. An adjunct professor at Columbia University’s Graduate School of Journalism, she was a 2010 Nieman Fellow at Harvard University and is a contributing editor and columnist and blogger for Columbia Journalism Review. She is editor at large of The Atavist, a publisher of non-fiction multi-media eBooks. Her poetry has appeared in the London Review of Books, The Awl, Fence, Open City, Feminist Studies and many other publications. She is the author of the poetry chapbook Solarized (2002).