The Cosmic Poetry of Octavio Paz 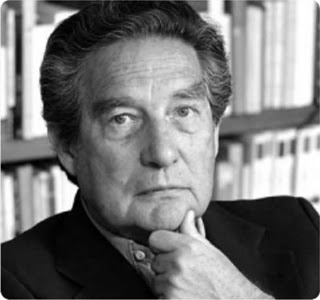 Octavio Paz, winner of the Nobel Prize in 1990, was arguably the most influential Mexican poet and essayist of the 20th century. A man of encyclopedic knowledge and vast intellectual range, he was able to bring together in his poetry four great streams of modernity: the European, the Eastern, the Mexican, and the North American. Paz’s second language was French and he was exposed to French literature from an early age in the library of his grandfather’s house in Mixcoac, a suburb of Mexico City, where he also experienced and internalized the ancient streams of Mexican culture, itself a mixture of the Native American and the Spanish. Paz’s service in his country’s diplomatic corps took him to Asia, where he was stationed in Tokyo and New Delhi. Eventually he was named Mexican ambassador to India, a position that exposed him to Indian thought and belief for six years, until, in 1968, he resigned his post in protest over the Mexican government’s massacre of students in Santiago Tlatelolco. Throughout his life, Paz spent extended periods of time in the United States, from New England to southern California, absorbing its culture and formulating a unique view of Mexico’s neighbor to the North. This talk will explore how these four influences made their way into Paz’s work and life as threads of a vivid tapestry, an embodiment, if you will, of what Mexican historian Jose Vasconcelos called “the cosmic race.”