Take Up the Song, Forget the Epitaph 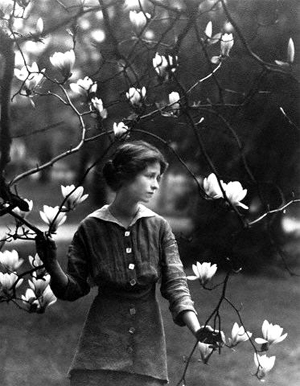 Edna St. Vincent Millay, an elfin, red-haired diva of the sonnet, published some of the wisest, sexiest, and most feminist poetry of the 20th century. From her childhood as caretaker of her siblings in Camden, Maine, to her adolescent near-miss at a national prize for “Renascence” which sparked a national poetry controversy, to her bohemian life in one of Greenwich Village’s tiniest brownstones, Millay was as uncompromising in her devotion to the rules of verse as she was in her flaunting of social rules.

The first woman to win a Pulitzer Prize at the age of only thirty she reinvigorated a traditional verse form, the sonnet, reclaiming it for a woman’s voice. Always politically involved, from protesting the Sacco and Vanzetti case to urging the U.S. to enter World War II to rescue European victims of the Nazis, she remained in the literary spotlight until her death. A spellbinding reader of her poetry, she drew thousands of diehard admirers. Each of her sonnets is a rhythmical, sometimes whimsical, sometimes savagely intense fourteen lines. This lecture uses her sonnet “Love Is Not All” from Fatal Interview as a lens to view Millay’s passionate life and ideas as well as to view how this verse form remained vital in the 20th century.

“Take up the song, forget the epitaph” is the phrase from Millay’s “Sonnet to Inez Milholland” which is carved into stone in The American Poets’ Corner at the Cathedral of St. John the Divine. We’ll look at this poem, as well as the free-verse favorite, “Childhood Is the Kingdom Where Nobody Dies.”