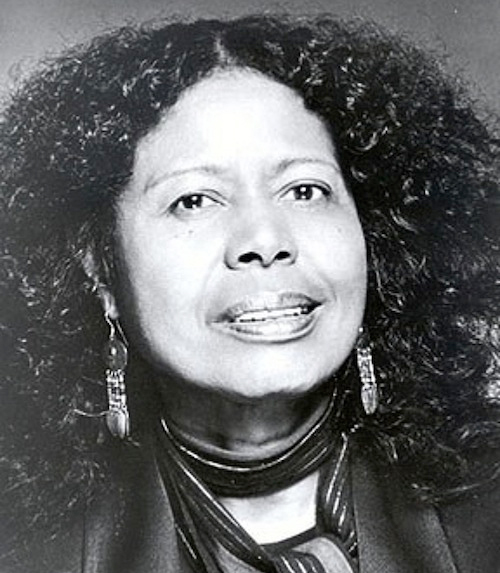 Jayne Cortez (1934-2012) was a poet, spoken-word performance artist, editor, and activist. She published twelve volumes of poetry, most recently On the Imperial Highway: New and Selected Poems (2008), and recorded nine albums, among them Taking the Blues Back Home (1997) with her band The Firespitters. She founded the Watts Repertory Company, Bola Press, and the Organization of Women Writers of Africa, and was the recipient of many honors, among them the Langston Hughes Medal and fellowships from the National Endowment for the Arts and the New York Arts Foundation.

If the woman is a drum…
Saturday April 23, 2016
Location: The Highline