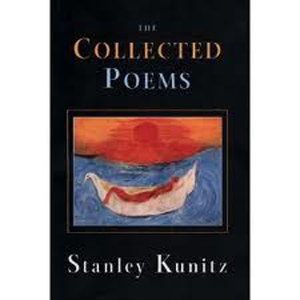 Help us celebrate the end of a joyous and program-packed 25th year with an event honoring our co-founders Stanley Kunitz and Elizabeth Kray. Join us at 12 noon for tours of our two current exhibitions celebrating our founders, “Bettissima:” Treasures from the Elizabeth Kray Archives, and A Poet’s Circle (curated by Jason Andrew), featuring paintings by Philip Guston, Robert Motherwell and Jack Tworkov, among many others. Then stay for a reading of The Collected Poems of Stanley Kunitz from start to finish. Sign up at the event to read one of Kunitz’s poems yourself!

Stanley Kunitz (1905-2006) co-founded Poets House in 1985 with arts administrator Elizabeth Kray. His books of poems include Intellectual Things (1930), Selected Poems, 1928-1958 (1958), which won the Pulitzer Prize, Next-To-Last Things (1985), Passing Through: The Later Poems, New and Selected (1995) which won the National Book Award, and The Collected Poems (2000). He received a National Medal of Arts, the Frost Medal, and the Bollingen Prize. He was twice U.S. Poet Laureate, once when it was called Consultant in Poetry at the Library of Congress. From 1969 to 1977, he was editor of the Yale Younger Poets Series. He taught at Columbia University for twenty-two years. He lived in New York City and Provincetown, Massachusetts, where he co-founded the Fine Arts Work Center in 1968.

With Special Thanks to the Fine Arts Work Center in Provincetown, MA