Curator’s tour for The Poet’s Rebellion: Poetry, Memory, and the Easter Rising 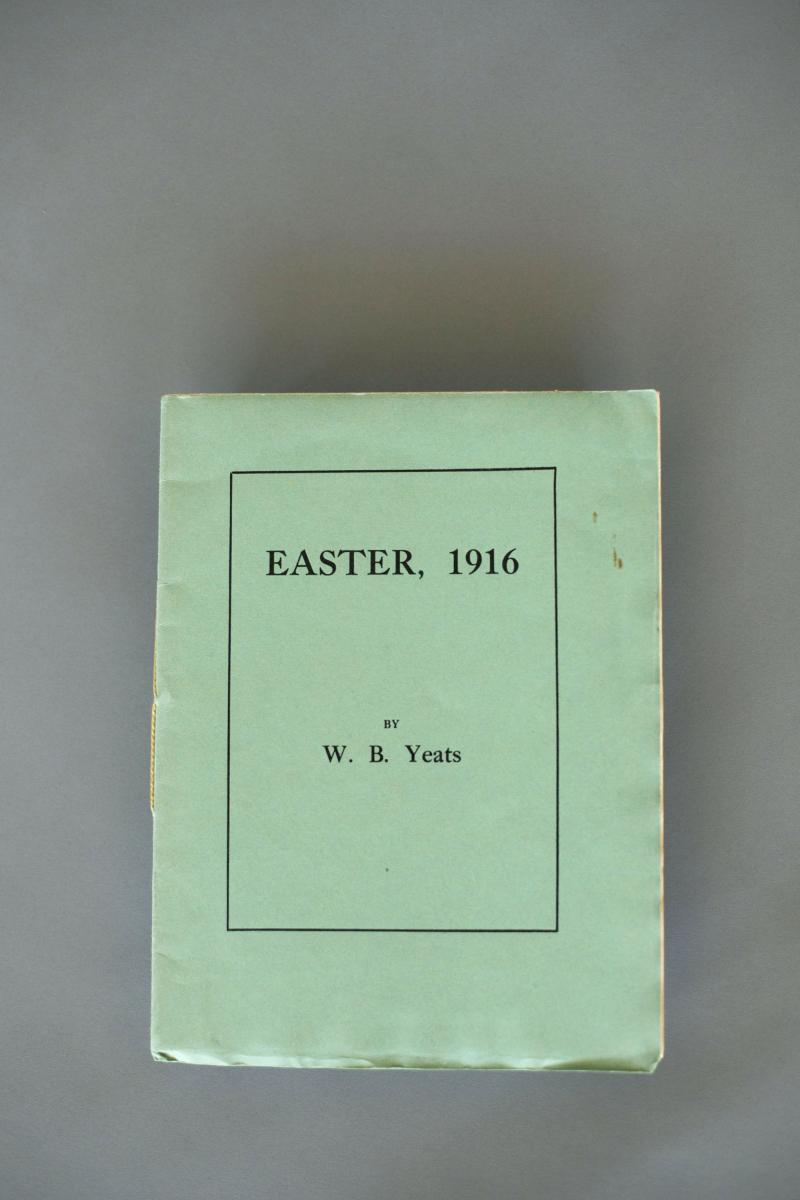 A tour of this special exhibition of rare books and papers on loan from Stuart A. Rose Manuscript, Archives, and Rare Book Library, Emory University, with curators Sarah Harsh and Kevin Young.

On April 24, 1916, Irish poets, actors, teachers, and citizens armed themselves and took control of key locations throughout Dublin, then under British rule. This rebellion, known as the Easter Rising, set in motion a war for independence, a civil war, the partition of Ireland, and, ultimately, the creation of the Irish Free State. It also reinforced the connection between poetry, politics, and possibility still present in Ireland today.

The Poet’s Rebellion: Poetry, Memory, and the Easter Rising displays literary and cultural artifacts from the Raymond Danowski Poetry Library at Emory University relating to the Easter Rising. The exhibition features a first edition of W.B. Yeats’s poem “Easter, 1916,” one of only 25 copies privately printed for his friends in the immediate aftermath of the Rising. This elegy’s closing line “a terrible beauty is born” captures the reverent yet apprehensive public mood, inextricably linking the poem to the national memory of the Rising and subsequent bloody events. Also on display are rare volumes of poetry by the executed leaders, memorabilia commemorating the rebellion, and manuscript drafts by contemporary poets responding to the legacy of the Rising.

Previous collaborations between the Danowski Poetry Library and Poets House include “come celebrate with me:” The Work of Lucille Clifton, Winter Wedding: Holiday Cards by Poets, and Walking the Brooklyn Bridge: Poems on Brooklyn & Beyond.

Followed by Leabhar na hAathghabhála/Poems of Repossession: A Reading of Modern Irish Poetry

Recorded At: Poets House Recorded On: Wednesday, May 4, 2016