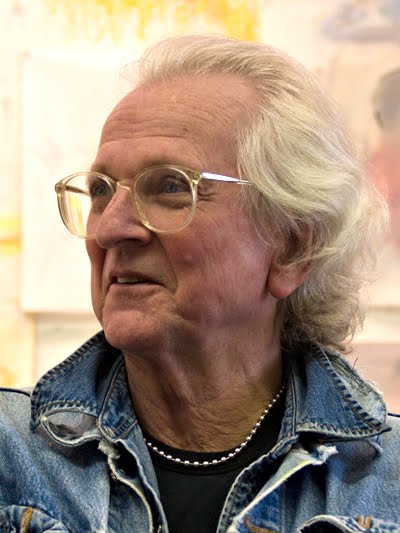 Poets House is thrilled to announce its display of eight paintings recently donated by the Estate of American painter Darragh Park. The paintings, which date from the 1970s, ’80s and early ’90s, depict various New York City neighborhoods, portraits of writers and pastoral scenes that are representative of Park’s range as an artist.

Darragh Park (1939-2009) was best known for his landscapes as well as cityscapes in the style of Fairfield Porter. His work is featured on the jackets of poet James Schuyler’s books A Few Days, Selected Poems and Collected Poems. A New York City native, Park graduated from Yale University with a degree in French literature with a minor in art history. He studied painting with artist Robert Dash and launched his own career as an artist, with his work garnering positive reviews in many art journals and shown extensively at Tibor de Nagy Gallery in New York City. He eventually settled in Bridgehampton, NY.