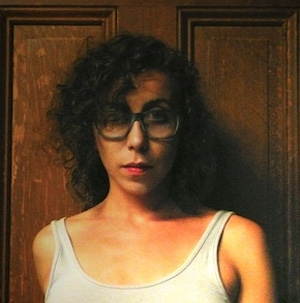 In this one-day intensive, we’ll look at some of literary history’s great epistolary writing– from Heloise & Abelard to Chris Kraus, passing by way of Madame de Stael, Proust, Keats, Lou Andreas-Salome, Rilke, Kafka, Amiri Baraka, Ted Berrigan, & more– and then we will write letters, put them in envelopes, and yes: drop them in the mail. I don’t know about you, but there are people I’ve been writing to in my mind for years– some of them are kin and some are movie stars. All letters welcome: love letters, dear john letters, letters to father, letters to the editor, fan letters, & letters to the incarcerated.

Ariana Reines is a poet, playwright, and translator. Her books of poetry include The Cow (2006), which won the Alberta Prize from Fence Books, Coeur de Lion (2007), and Mercury (2011). She has taught at the University of California at Berkeley, Columbia University, The New School, and Tufts University, and has led ANCIENT EVENINGS, an experiment in liturgical reading, for two seasons in New York