Duncan and Jess: Between Fields 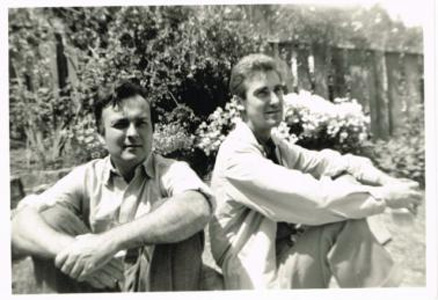 Visual artist Jess (1923–2004) and poet Robert Duncan (1919–1988) were one of the most fascinating artistic couples of the 20th century. After they met in San Francisco in 1950 to Duncan’s death almost forty years later, their work became increasingly intertwined, their dense, allusive creations permeating one another – and inspiring this discussion.

In conjunction with Grey Art Gallery’s exhibition “An Opening of the Field: Jess, Robert Duncan, and Their Circle,” join us for an evening of conversation revealing the complex and fertile interplay between poetry and art in San Francisco during the 1950s. The talk will be moderated by scholar Lytle Shaw, and feature scholars Michael Davidson and Daniel C. Remein and poet Lisa Jarnot, author of Robert Duncan, The Ambassador from Venus.

“An Opening of the Field: Jess, Robert Duncan, and Their Circle” will be on view at the Grey Art Gallery at New York University (100 Washington Square East) January 14–March 29, 2014.