Sculptures and Paintings by Nicholas Buffon 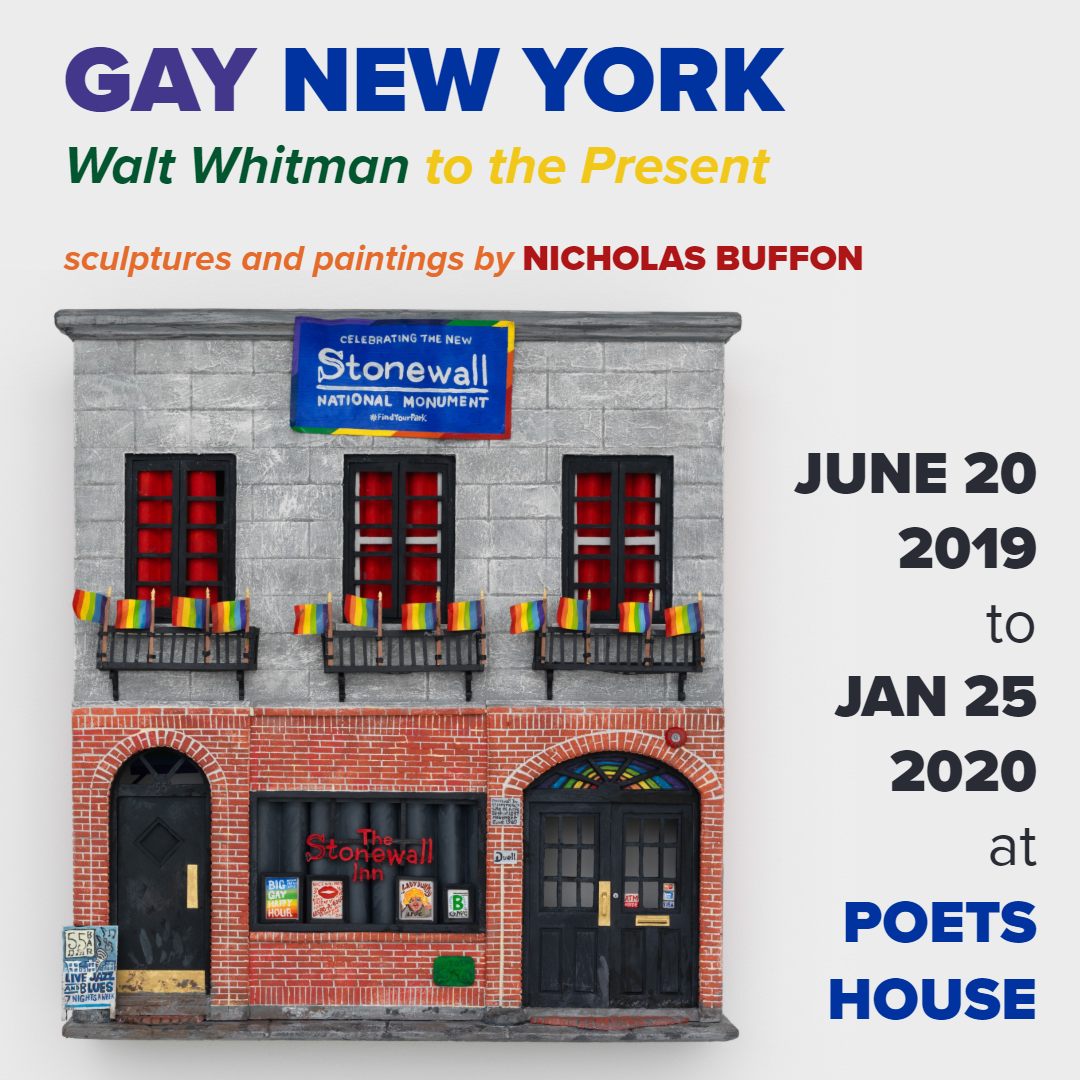 In tribute to the 50th anniversary of the Stonewall riots, Poets House presents Gay New York, Nicholas Buffon’s poetic survey of LGBTQ landmarks, venues, and bars—sculptures and paintings depicting sites where community is built, paying tribute to LGBTQ contributions to poetry and the arts along the way.

“A panegyric to New York, to more than 100 years of LGBTQ history, and to a life lived in art, Nicholas Buffon’s solo show—a miniature survey of sorts—includes wry paintings and prints of himself about town, as well as the sturdy little models of landmarks (Stonewall, B&H Dairy, Julius’) that are his trademark.” Read more at ARTnews > 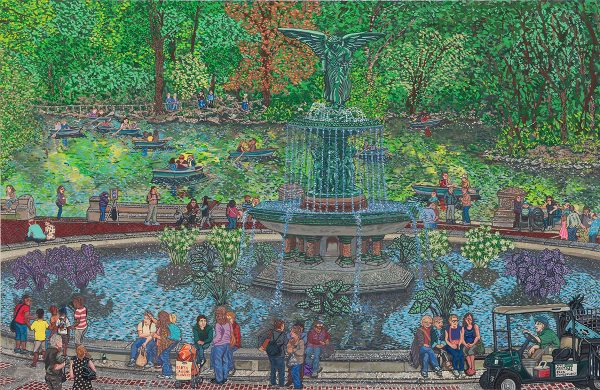 Buffon’s project responds to our political moment through depictions of gay art and culture; the project began in 2015 with a model of Stonewall Inn. Buffon documents over 30 locations, both historic and contemporary, that capture gay life in New York and beyond—from poetic invocations of Pfaff’s beer cellar (Whitman’s favorite bar), to an HIV testing van in Cleveland, to the High Line’s monumental installation of Zoe Leonard’s poem “I want a President,” Buffon portrays gay history, identifying community as the site of resilience and poetic articulation as an urgent voice of resistance. 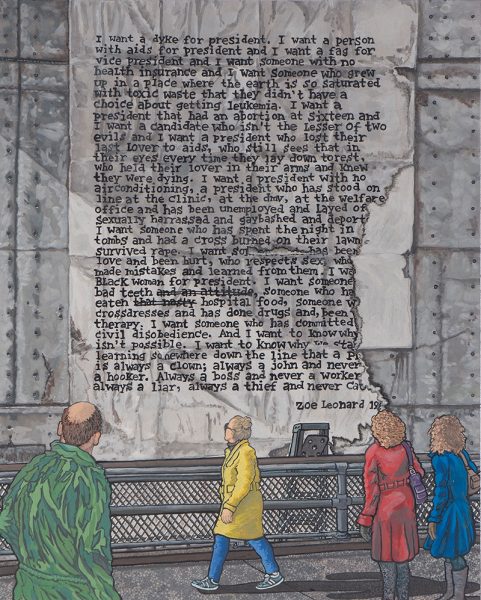 Nicholas Buffon is a painter and sculptor who lives and works in New York. He attended the School of the Museum of Fine Arts in Boston and received his MFA from the Milton Avery Graduate School of the Arts, Bard College. Recent solo exhibitions include Callicoon Fine Arts, NYC, and Freddy, Baltimore. His work has been included in exhibitions at the Jewish Museum; the Akron Art Museum; the Museum of Contemporary Art Detroit (MOCAD); the Weatherspoon Art Museum, Greensboro; and elsewhere. His work can be found in public collections including the Rubell Family Collection, the Kadist Foundation, the JoAnn Gonzalez Hickey Collection, and the Akron Art Museum. He loves to garden.

Admission Free and open to the public