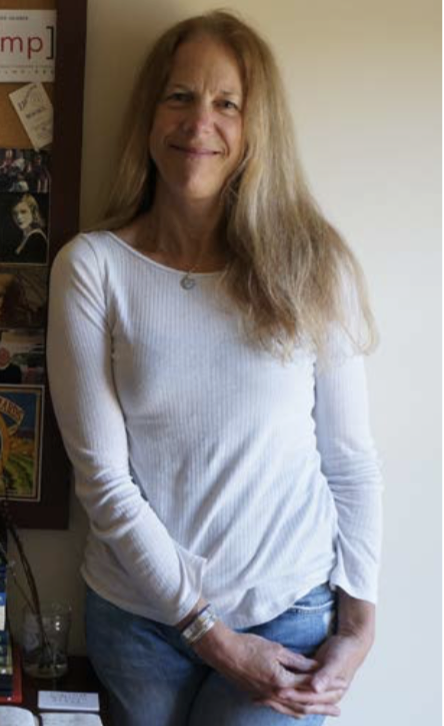 Dede Cummings is a writer, literary agent/publisher and commentator for Vermont Public Radio. At Middlebury College, she was the recipient of the Mary Dunning Thwing Award, attended the Bread Loaf Writers’ Conference as an undergraduate waiter, and studied with Hayden Carruth at the Bennington Writers’ Workshop. In 2013, she was a poetry contributor at the Bread Loaf Writers’ Conference. Her poetry has been published in Mademoiselle, The Lake, InQuire, Vending Machine Press, Kentucky Review, Figroot Press, MomEgg Review, Connotation Press, and Bloodroot Literary Magazine. She was a Discover/The Nation poetry semi-finalist and was awarded a writer’s grant and a partial fellowship from the Vermont Studio Center in 2016. Dede lives in Vermont where she designs books and runs the startup Green Writers Press. She was the winner of the 4th annual Homebound Publications Poetry Prize for her collection To Look Out From<e/m>, published by Homebound Publications on April 2017.

Megan Buchanan’s poems have appeared in such journals as The Sun Magazine, make/shift, A Woman’s Thing, and multiple anthologies. Born in California, she’s lived for long stretches in Ireland, the mountains of the southwest, and New England. Her work has been supported by the Arizona Commission on the Arts, the Vermont Arts Council, and the Vermont Studio Center. Megan is also a collaborative performer and dancemaker, a teacher, and an activist. She currently lives in southern Vermont with her two children. Green Writers Press has just published Megan Buchanan’s first full-length poetry collection, Clothesline Religion.

James Crews’ work has appeared in Ploughshares, Poet Lore, and The New Republic, among other journals, and he is a regular contributor to The (London) Times Literary Supplement. His first collection of poetry, The Book of What Stays, won the 2010 Prairie Schooner Book Prize and received a Foreword Reviews Book of the Year Award. His second collection, Telling My Father, won the Cowles Prize and will be published by Southeast Missouri State University Press. He holds an MFA in Creative Writing-Poetry from the University of Wisconsin-Madison and a PhD in Writing and Literature from the University of Nebraska-Lincoln, where he was an Othmer Fellow and worked for Ted Kooser’s American Life in Poetry newspaper column. He lives on an organic farm with his partner in Shaftsbury, Vermont and teaches in the low-residency MFA program at Eastern Oregon University.

Su Smallen is the author of six collections of poetry. Her first collection, Weight of Light, was nominated for the Pushcart Press Editor’s Book Award, and Buddha, Proof was a Minnesota Book Award Finalist. Su was awarded the Jane Kenyon Poetry Prize, several fellowships and grants including from the Jerome Foundation, and residencies including with the St. Croix Watershed Research Station. With Laurel Poetry Collective, she published books and broadsides for ten years. Su was a professional choreographer and dancer, and her poetry has served as scores for dance and film, including Miracle of the Spring. Sue will be reading from her newest Green Writers Press poetry collection entitled Kinds of Snow. More info can be found on her website: www.susmallen.com

Lisa Gruenberg is a physician based in the Division of Global Health Equity at Brigham and Women’s Hospital in Boston and is an Assistant Professor at Harvard Medical School. She graduated from Lesley University’s low residency MFA in 2007. Her essays have been published in Ploughshares, Vital Signs and The Intima: A Journal of Narrative Medicine. Her short story, “Keiskamma,” won a Massachusetts Cultural Council Artist Fellowship, among other honors. She has taught creative writing at Harvard Medical School, Harvard College, the Karolinska Institute and the Asian University for Women.