Hideous: A Reading and Conversation with Sylvia Legris & Will Alexander 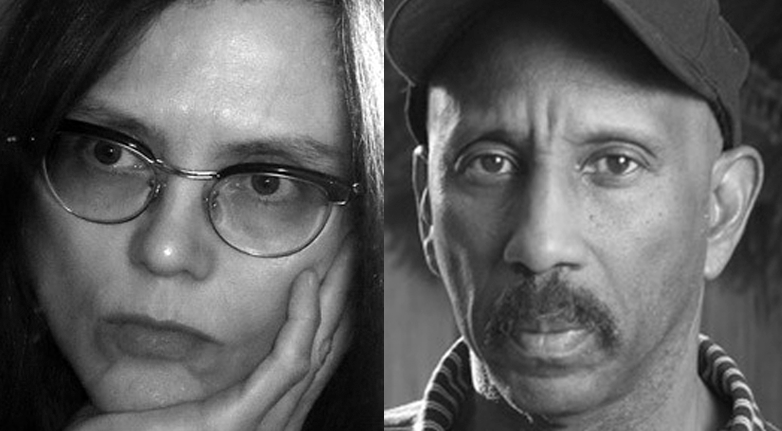 Sylvia Legris was born in Winnipeg, Manitoba, and now lives in Saskatoon, Saskatchewan. Her collection Nerve Squall won both the 2006 Griffin Poetry Prize and the 2006 Pat Lowther Award. Her poems have appeared in many publications, including The New Yorker, Granta, Poetry, and Conjunctions. She lives in Saskatoon.

Will Alexander works in multiple genres. In addition to being a poet, he is also a novelist, essayist, aphorist, playwright, philosopher, visual artist, and pianist. His influences range from poetic practitioners, such as Aimé Césaire, Bob Kaufman, Andre Breton, Antonin Artaud, and Philip Lamantia, to the encompassing paradigm of Sri Aurobindo’s Integral Yoga, and the Egyptian worldview as understood by Cheikh Anta Diop and R.A. Schwaller de Lubicz. The latter is central to Alexander’s expanding inner range, which has allowed him access to levels of mind beyond the three-dimensional as boundary. He thereby explores the full dimensionality of each word. For him, each word has access to not only the median level of three-dimensional experience, but also partakes of experience on both the supra and subconscious planes. His praxis of language is not unlike the Mayan numerical world, where each letter of the alphabet spontaneously engages in non-limit. Thus, all fields of experience are open for exploration: art, physics, botany, history, astronomy, architecture, and poetics. Alexander’s books include Asia and Haiti, The Sri Lankan Loxodrome, Compression and Purity, Sunrise In Armageddon, Diary As Sin, Inside the Earthquake Palace, Towards The Primeval Lightning Field, and Mirach Speaks To His Grammatical Transparents. He lives in The City of Angels.

2016: Hideous: A Reading and Conversation with Sylvia Legris & Will Alexander