I HAD THOUGHT MYSELF A KANGAROO 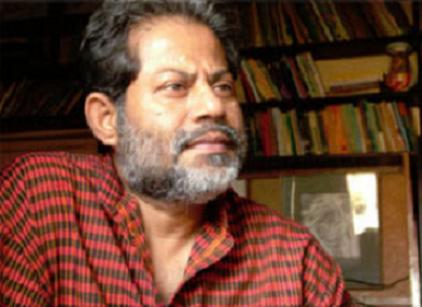 Subodh Sarkar is a major Bengali poet with 22 books of poems and one travelogue on America. Critics find his poetry ‘incisive, provocative, satiric, and most of all, entertainingly contemporary.’ His poems have been translated into English, French and several Indian languages and published in several journals and anthologies. Sarkar edits Bhashanagar, a Bengali culture magazine with occasional English issues. In 2010 he was appointed as the guest editor of Indian Literature, the flagship journal of Sahitya Akademi. Sarkar also has participated in a number of international poetry festivals including events in Taiwan, Germany, and France and was a fellow at the International Writers Program at the University of Iowa. He recently visited Russia and Turkey as a member of the Indian Writers delegation organized by Sahitya Akademi. He teaches English at City College, Kolkata.

Sponsored by Rattapallax literary magazine and Kundiman, an organization dedicated to the creation, cultivation and promotion of Asian American poetry.