Inside Form, Outside Elements: Brenda Hillman on Craft 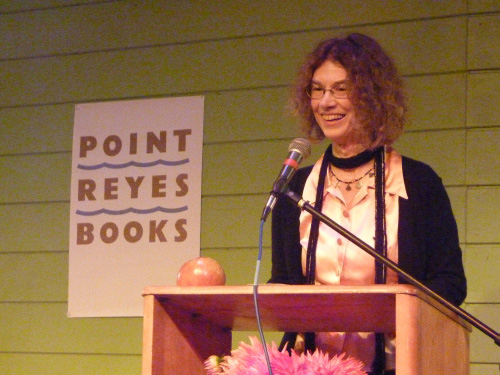 For several decades, Brenda Hillman has been exploring poetic form and perception in her tetralogy on the classical elements– earth, air, water, fire. She discusses ecopoetics, spiritual discovery and activism in her latest volume, Seasonal Works with Letters on Fire.

Brenda Hillman is the Olivia Filippi Professor of Poetry at Saint Mary’s College. Her numerous books of poetry include her tetraology Seasonal Works with Letters on Fire (2013), Griffin Poetry Prize 2014 International Shortlist; Practical Water (2009), winner of the Los Angeles Times Book Prize; Pieces of Air in the Epic (2005), winner of the William Carlos Williams Award; and Cascadia (2001). She co-edited the collections Writing the Silences (2010) and The Grand Permission: New Writings on Poetics and Motherhood (20013). A political and environmental activist, she lives in Northern California with her husband, the poet Robert Hass.

The Paul Zweig Memorial Lecture is an annual lecture on the craft of poetry presented in honor of Paul Zweig (1935-1984), an early collaborator in the founding of Poets House.

2014: Inside Form, Outside Elements: Brenda Hillman on Craft (Full Audio)