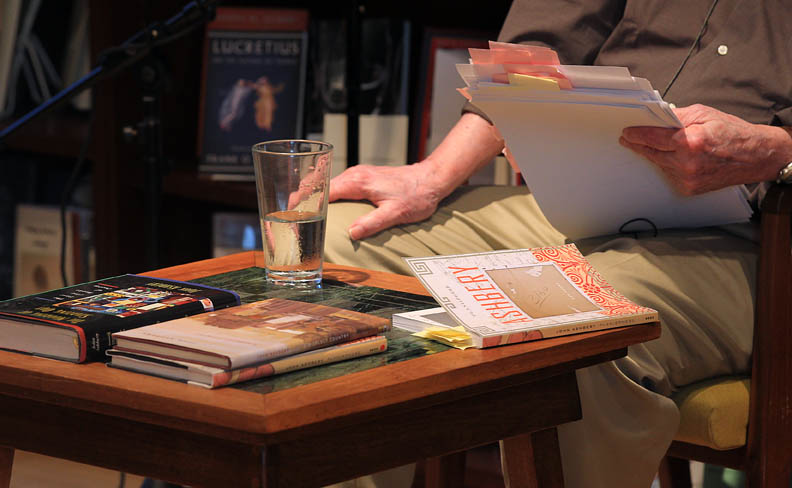 Poets House presents this legendary American poet reading from his body of work including his most recent book of poems Planisphere.

John Ashbery is a poet, essayist, and translator. For more than fifty years he has been an inspiring, motivating, and guiding force in contemporary poetry. He is the author of more than thirty books. Recent publications include his new translations of Ribaud’s Illuminations (2011), Planisphere (2009), and A Worldly Country (2007). Internationally recognized, Ashbery has won nearly every major American award including the National Book Award, the Pulitzer Prize, and the National Book Critics Circle Award. He is the 2011 recipient of the National Book Foundation’s Medal for Distinguished Contribution to American Letters, given in recognition of his lifetime achievement. John Ashbery is Charles P. Stevenson, Jr. Professor Emeritus of Languages and Literature at Bard College. His new poetry book, Quick Question, is forthcoming.

Part of the 2012 River to River Festival