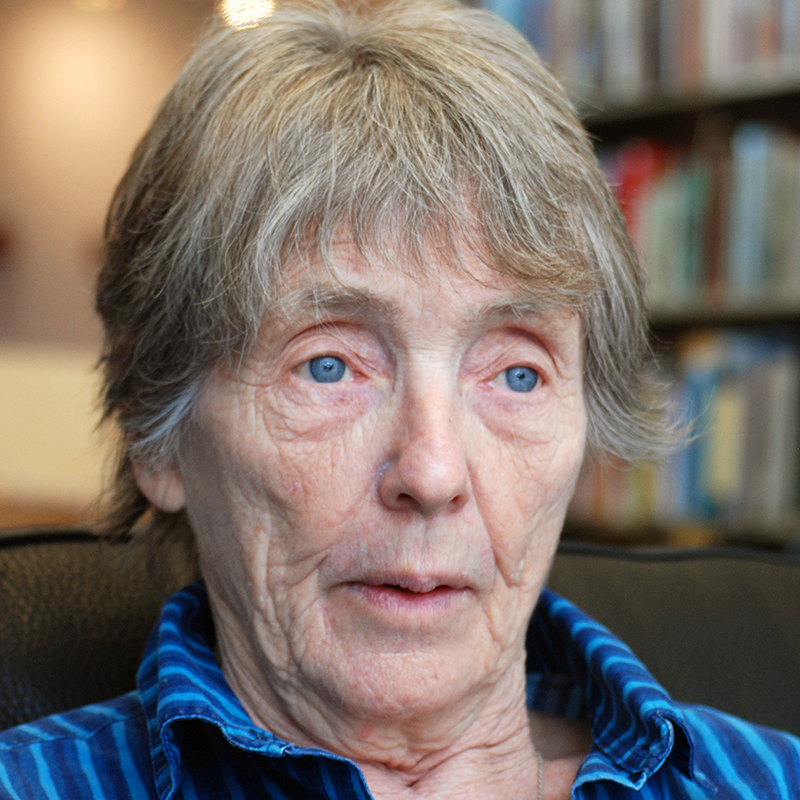 Fanny Howe was born in Buffalo, New York. She is the author of more than twenty books of poetry and prose, and several novels. Her recent collections of poetry include Second Childhood (Graywolf, 2014), and Come and See (Graywolf, 2011). Howe was the recipient of the 2009 Ruth Lilly Poetry Prize and won the 2001 Lenore Marshall Poetry Prize, and has won awards from the National Endowment for the Arts, the National Poetry Foundation, and the California Council for the Arts. She has received fellowships from the Bunting Institute and MacArthur. She was shortlisted for the Griffin Poetry Prize in 2001 and 2005. She has lectured in creative writing at Tufts University, Emerson College, Columbia University, Yale University, and Massachusetts Institute of Technology. She is currently a professor of writing and literature at the University of California, San Diego.