Language Matters with Bob Holman: a film by David Grubin 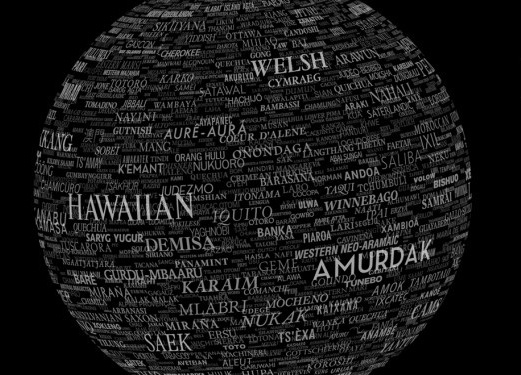 There are over 6000 languages in the whole world. We lose one every two weeks. Hundreds will be lost within the next generation. By the end of this century, half of the world’s languages will have vanished. What do we lose when a language dies? What does it take to save a language?

Join us at the National Museum of the American Indian to honor the new PBS documentary Language Matters with Bob Holman: a film by David Grubin. The evening will highlight excerpts from the film woven together with live performances by endangered language speakers, including Native American poets, a hālau hula (Hawaiian school of dance), the colorful legacy of Yiddish, and the tongue twisting poetry of the Welsh language, followed by a Q & A with Bob Holman and David Grubin and a reception.

Language Matters with Bob Holman airs on PBS THIRTEEN on Sunday, January 25 at 12:30PM. For more information on events and airdates visit www.languagemattersfilm.com

Language Matters is a co-production of David Grubin Productions Inc. and Pacific Islanders in Communications. Produced in association with The Endangered Language Alliance. Major funding provided by the National Endowment for the Humanities with additional funding provided by the Corporation for Public Broadcasting, the Arthur Vining Davis Foundations, the National Endowment for the Arts, and philanthropic individuals.