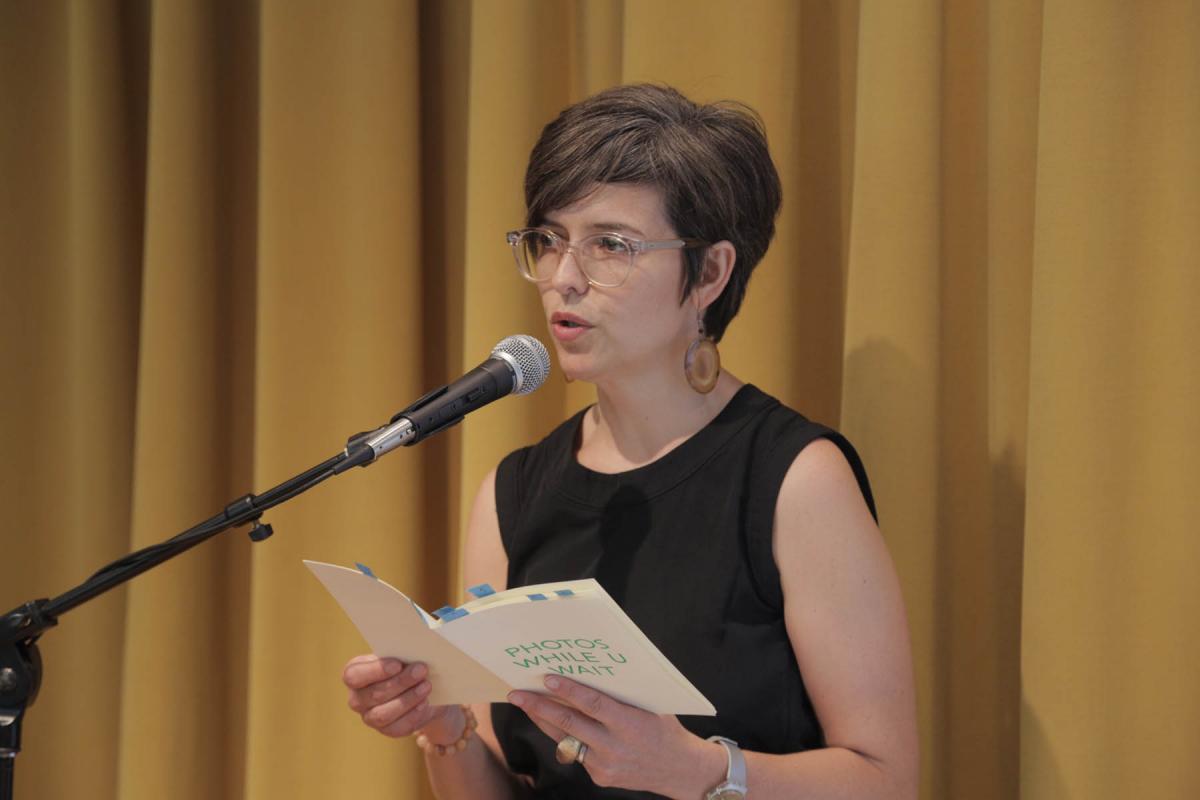 Picture a prism refracting a ray of light and making rainbows. Once it was thought that white light was colorless and that prisms produced the colors they emitted. Later Newton demonstrated that all the colors already existed in the light, and that prisms fanned out the colors of the spectrum because particles of varying hues traveled through them at different speeds. Now imagine that a line of poetry is a ray of light, and that a prism is a translation machine of sorts. You might say something in English, but when you refract it through the prism, a Chinese speaker might pick up on phonemes that signal something else, which in turn differs from what speakers of Arabic, Polish, Spanish, or any other language might be able make out from the original utterance.

With this in mind, in this series of workshops for Josiah McElheny’s Prismatic Park at Madison Square Park, we will generate poetry by experimenting with multidirectional translation. Passersby and park visitors—both monolinguals and those who might be fluent in languages other than English—are invited to engage in reciprocal translation experiments, creative mishearing, homophonic and homographic translation as a way to generate poems that make the most of New York City as a Babel of languages. Poetry, indeed, will be made by all! (As Lautréamont would have it.) Proficiency in English decidedly not necessary. All are welcome to attend any or all of the sessions, which will culminate in a public reading on Sunday, October 1st, at 4 pm.

Mónica de la Torre is the author of The Happy End/All Welcome (2017), Public Domain (2008) and Talk Shows (2007), as well as two collections in Spanish published in Mexico City, where she was born and raised. She has translated an array of Latin American poets including the late Gerardo Deniz, and coedited the anthology Reversible Monuments: Contemporary Mexican Poetry(2002). She has participated in several multidisciplinary collectives, among them Taller de Taquimecanografía, whose self-titled volume was published in 2011 by Tumbona Ediciones. Most recently her work appeared in the volume The Animated Reader: Poetry of Surround Audience (2015), published in conjunction with the New Museum’s Triennial. The senior editor at BOMB Magazine from 2007–2016, she now teaches at Brown University.