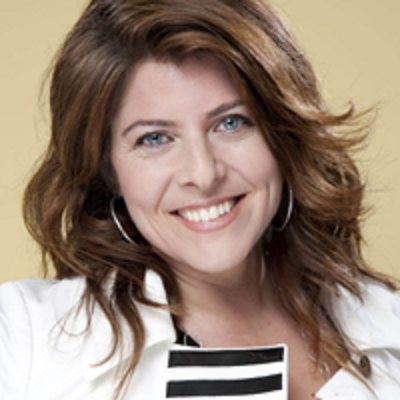 Author, social critic, and political activist Naomi Wolf raises awareness of the pervasive inequities that exist in society and politics. She encourages people to take charge of their lives, voice their concerns and enact change. Wolf’s landmark international bestseller, The Beauty Myth, challenged the cosmetics industry and the marketing of unrealistic standards of beauty, launching a new wave of feminism in the early 1990s. The New York Times called it one of the most important books of the 20th century. In her long-anticipated book, Vagina: A New Biography, she asks, “could a profound connection between a woman’s brain and her experience of her vagina affect her greater sense of creativity—even her consciousness?” She argues that this connection is not only real—and long-overlooked—but that it is fundamental to a woman’s sense of self.
Wolf’s New York Times bestseller, The End of America: A Letter of Warning to a Young Patriot, is an impassioned call to return to the aspirations and beliefs of the Founders’ ideals of liberty. The New York Times called the documentary version “pointedly inflammatory.” Her latest book, Give Me Liberty: A Handbook For American Revolutionaries, includes effective tools for citizens to promote civic engagement and create sustainable democracy.

Ken Goldstein‘s first novel is THIS IS RAGE. He advises start-ups and established corporations in technology, entertainment, media, and e-commerce. He served as Chief Executive Officer and Chairman of the Board of SHOP.COM, a market leader in online consumer commerce acquired by Market America. He previously served as executive vice president and managing director of Disney Online, and as vice president of entertainment at Broderbund Software. Earlier in his career, he developed computer games for Philips Interactive Media and Cinemaware Corporation, and also worked as a television executive. He is active in children’s welfare issues and has served on the boards of the Make-A-Wish Foundation of Greater Los Angeles, Hathaway-Sycamores Child and Family Services, and Full Circle Programs, and is currently actively in local government. He speaks and teaches frequently on topics of management, leadership, and creative destruction. He and his wife Shelley, who teaches English as a Second Language, make their home in Southern California. He received his BA in Theater Studies and Philosophy from Yale.