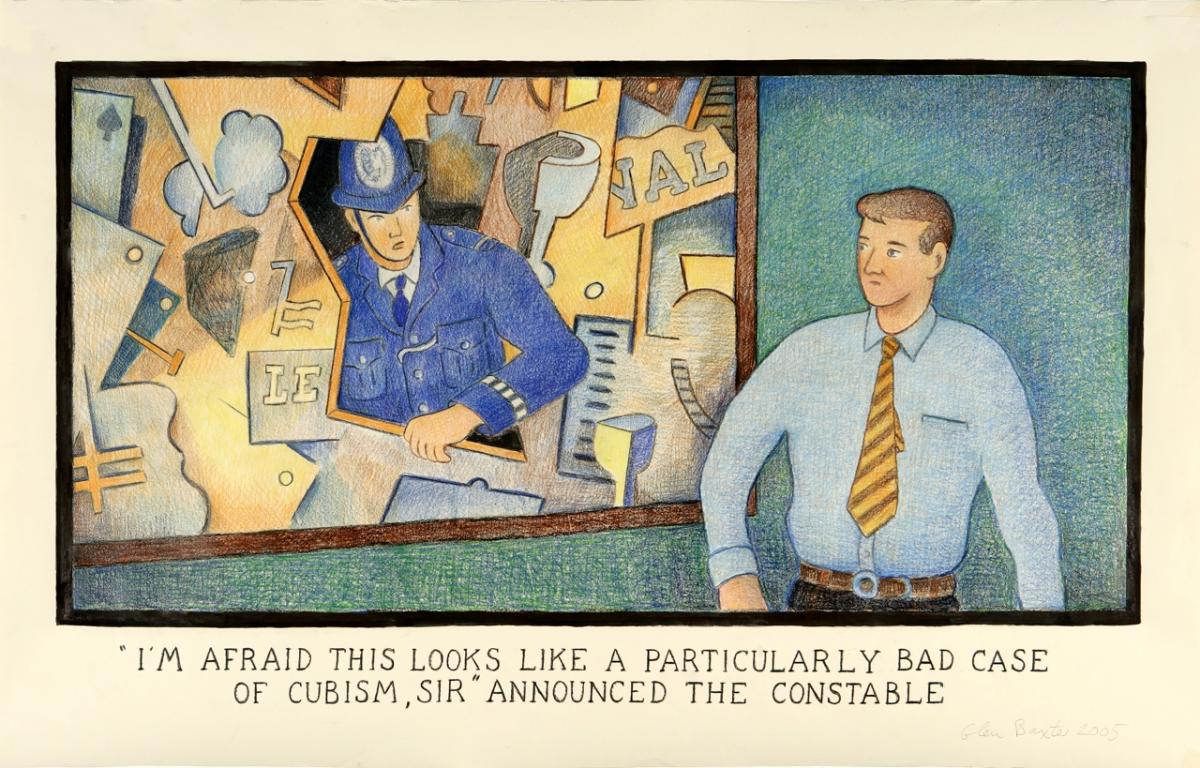 A Soul in Torment: Glen Baxter in conversation with Bill Zavatsky

Glen Baxter is a British artist known for his absurdist captioned drawings where cowboys collide with Rothkos and Mondrians. His work has been exhibited internationally and published in many books since he was first invited by the Poetry Project to read from his collected works in 1974. Baxter will join his longtime friend, poet Bill Zavatsky, in conversation about his work.