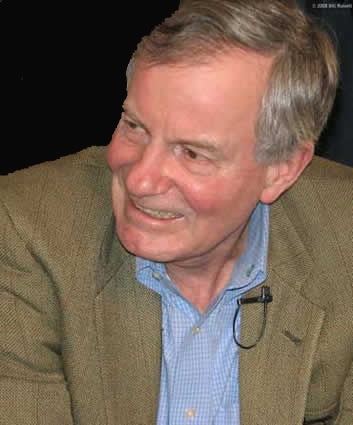 Bruce McEver received an M.B.A. from Harvard Business School and an M.T.S. (Religion and Literature) from Harvard Divinity School. An investment banker and the Chairman of Berkshire Capital Securities LLC, a firm he founded in 1983, he is a founding supporter of POETRY at TECH in Atlanta and on the board of The Poet’s House in New York. His poems have appeared in Ploughshares, Atlanta Review, and The Cortland Review. His latest collection, Like Lesser Gods, was released September 15, 2017.

A veteran and long-time resident of Los Angeles, Martin Ott’s most recent book is Spectrum, C&R Press, 2016. He is the author of seven books and won the De Novo and Sandeen prizes for his first two poetry collections. His work has appeared in more than two hundred magazines and a dozen anthologies.