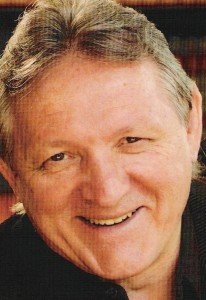 James Ragan is an internationally recognized poet, playwright, and essayist. Translated into 12 languages, he has authored eight books of poetry: In the Talking Hours, Womb-Weary, The Hunger Wall, Lusions, Selected Poetry, Too Long a Solitude, The World Shouldering I, and To Sing Us Out of Silence, as well as Yevgeny Yevtushenko’s Collected Poems (as co-editor). He has read for six heads of state and for audiences in China, Japan, England, France, Spain, Brazil, and the Czech Republic, et al. In 1985, he was one of three Americans, including Bob Dylan and Robert Bly, invited to perform at the First International Poetry Festival in Moscow. Honors include three Fulbright Professorships, two Honorary Doctorates, the Emerson Poetry Prize, eight Pushcart Prize nominations, a Poetry Society of America Citation, and the Swan Foundation Humanitarian Award, among others. He is the subject of the documentary Flowers and Roots (Arinafilms, 2013). Ragan’s plays have been staged in the U.S., Russia, Greece, and China. For 25 years, he directed the Professional Writing Program at the University of Southern California. In 1996, BUZZ Magazine named Ragan one of the “100 Coolest People in Los Angeles: Those Who Make a Difference.”

This event is made possible through Poets House’s Literary Partners program. Poets House is an ADA accessible facility.