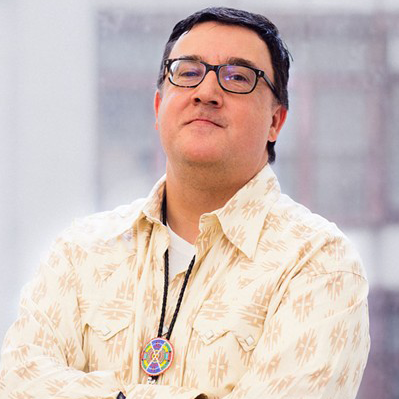 Author David Heska Wanbli Weiden reads from his book Winter Counts and has a conversation with writer Brandon Hobson.

David Heska Wanbli Weiden, an enrolled member of the Sicangu Lakota nation, is the author of the novel WINTER COUNTS (Ecco/HarperCollins, 2020) and the children’s book SPOTTED TAIL (Reycraft, 2019), winner of the 2020 Spur Award and finalist for the Colorado Book Awards. His work appears in Shenandoah, Yellow Medicine Review, Transmotion, and other magazines. He’s the recipient of a MacDowell Colony Fellowship, a Ragdale Foundation residency, the PEN/America Writing for Justice Fellowship, and was a Tin House Scholar. He received his MFA from the Institute of American Indian Arts, and is a professor at Metropolitan State University of Denver.

Brandon Hobson’s novel, Where the Dead Sit Talking, was a finalist for the 2018 National Book Award. His new novel, The Removed, will be released early 2021 from Ecco. A recipient of a Pushcart Prize, his writing has appeared in McSweeney’s Quarterly, Conjunctions, American Short Fiction, NOON, The Paris Review Daily, The Believer, and elsewhere. Hobson is an assistant professor of English at New Mexico State University and teaches in the low-res MFA Program at the Institute of American Indian Arts. He is an enrolled citizen of the Cherokee Nation Tribe of Oklahoma.

Brandon Hobson reads from “Where the Dead Sit Talking,” a lyrical Native American coming-of-age story. Hobson then has a conversation with Brian Young.