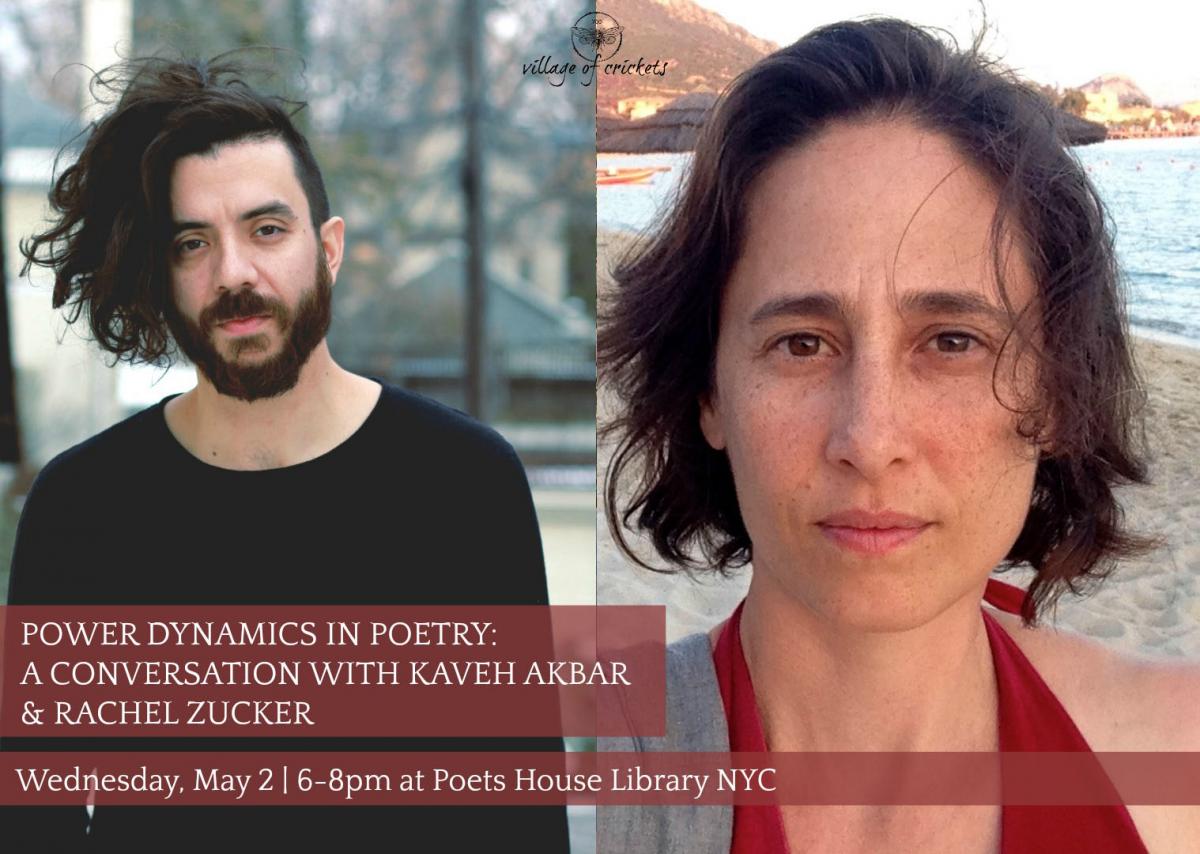 Join award-winning poets and educators, Rachel Zucker and Kaveh Akbar in an exploration of the perils and responsibilities of writing about violence and oppression as it is experienced by others. Kaveh Akbar’s poem, “Heritage,” about a young Iranian woman hanged in 2014 for killing her attempted rapist, serves as a starting point for the poets to unpack what one goes through in telling a sacred story, particularly when the subject is powerless in relation to the poet, and the world. The conversation, which began during an interview on Rachel Zucker’s Commonplace podcast, is a journey of empathy and reflection, which leads to a broader examination of power dynamics in persona poems, poems of witness, erasure, and other forms—while navigating the complexities of race, gender, class, and intersecting identities.