Literary Partners Program: The Poetry of Max Rouquette in Concert 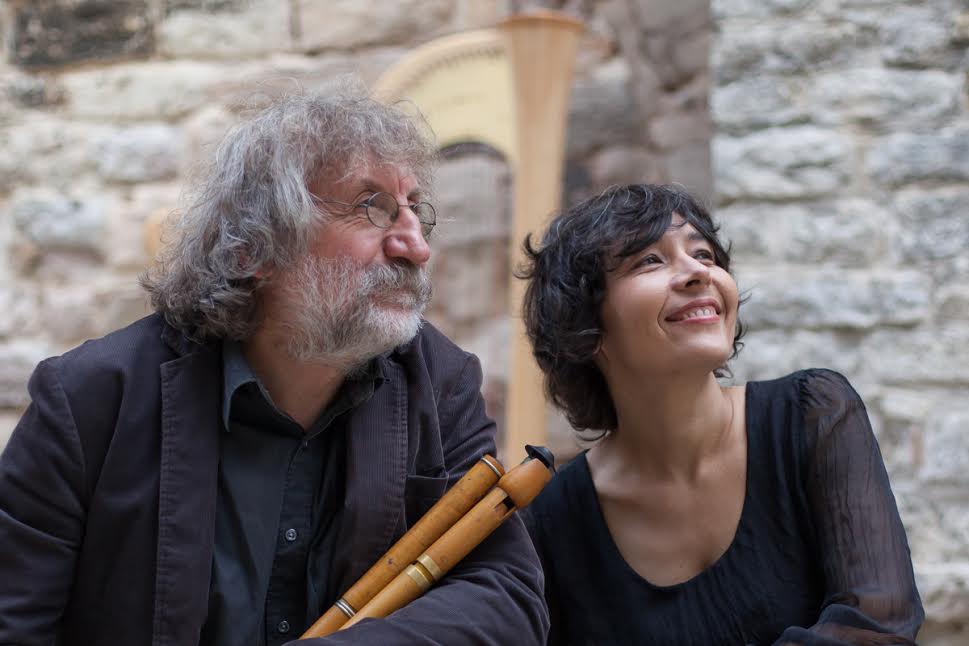 Please come to enjoy a composition by Miquèu Montanaro, setting the poetry of Max Rouquette to music.

Max Rouquette was born in 1908 in Argelliers, a small village near Montpellier in the South of France. Most of his poetry, prose and plays were written in Occitan and only became known in France when they were translated into French. Between 1978 and 1983, he directed the literary magazine Oc, a showcase for Occitan avant-garde culture. Translated into several other languages starting in the 1980s, he has earned international renown. He continued to write prose and plays until he died in 2005, at the age of 96, in Montpellier.

Composer and musician with 35 albums to his name, Miquèu has freed the traditional way of playing the galoubet-tambourin, his main instrument, from its folkloric confinement. Working with many different musical genres, he composes for theatre and dance and has directed several multidisciplinary creations. Since the beginning of his career he has been intrigued by art music, and has sought ways to widen his experiments beyond traditional music. Together with Ferenc Sebö and Kobzos Kiss Tamás, he has explored the repertoire of the troubadours, participating in several recordings and touring throughout Eastern Europe and elsewhere.

Roxane has explored the harp since childhood. After classical studies, she turned to jazz and improvisation, to finally revive Celtic harp and its traditional repertoire with her creative sensitivity. From the music of the Isle of Man to Klezmer, through the Balkans and Argentina, she offers a fresh look at this ancestral and mythical instrument. She joined the BALAGAN Co. in 2006 and works with artists from many different horizons.

Born in New York City, violinist Jake Shulman-Ment is a leader of a new generation of Klezmer and Eastern European folk music players. He has performed and recorded internationally with Daniel Kahn and the Painted Bird, Di Naye Kapelye. In 2010 Jake received a Fulbright research grant to collect, study, perform and document traditional music in Romania. Jake’s debut solo CD, “A Redele (A Wheel)” (Oriente Musik, 2012) was nominated for the German Record Critics’ Award.

Born in Albi, France into a family of musicians, Eléonore Weill spent her youth immersed in both classical and traditional Mediterranean music. Holding a master’s degree in ethnomusicology from Sorbonne University in Paris, she has performed early music, Klezmer and Yiddish songs, Romanian folk music, Occitan folk music, and various other styles, singing and playing wooden flutes and piano throughout Europe and in New York. After years of travel and study, Eléonore now resides in Brooklyn, NY where she performs and teaches music.

The Balagan Cie was created in 1999 to develop projects that combine “new traditional music” with other arts (circus, sculpture, writing, dance) under the artistic direction of François Heim (accordionist and composer). Each project calls upon artists from diverse artistic and geographic horizons. Their work comes together and unfolds to constitute what are sometimes ambitious, sometimes minimalist, but always varied and converging creations.