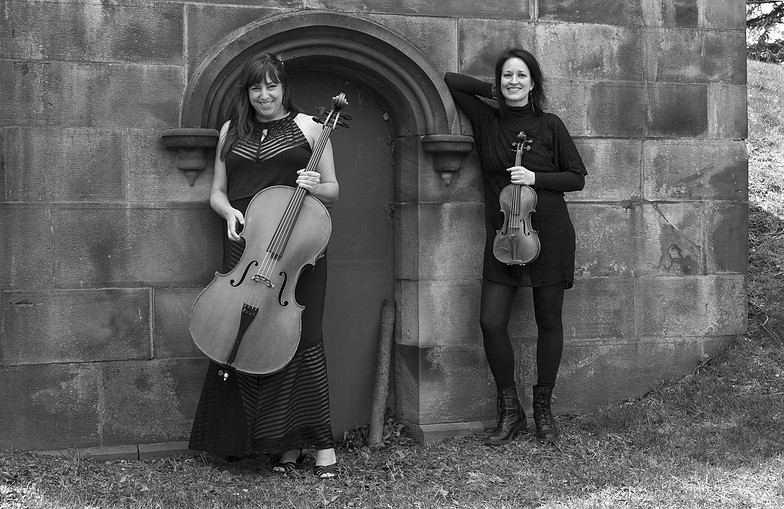 A concert of new poetry-inspired music for the instrumental voices of violin and cello. Compositions by Louis Andriessen, Lynn Bechtold, Matthew Browne, Jennifer DeVore, John King, Lawrence Kramer, and Augusta Reade Thomas. Hailed as a “dynamic duo” by Classics Today, “oustanding” by Pizzicato Journal, and “close to the edge and impressive” by Strings magazine, Zentripetal made its debut in 2006. Longtime collaborators violinist Lynn Bechtold and cellist Jennifer DeVore have performed together at places ranging from the Austrian Cultural Forum and Le Poisson Rouge in Manhattan, to Rolling Orange bicycle shop in Brooklyn, to the Institut Finlandais in Paris, France. They have also performed in concert series including the Music With a View Festival and North River Music Series, among others. Their collaborators include composers, vocalists, pianists, DJs, and a chef. Their first CD was released in September 2014, on Composers Concordance Records, distributed by Naxos. Zentripetal will be joined by soprano Eleanor Taylor and poet J. Mae Barizo.