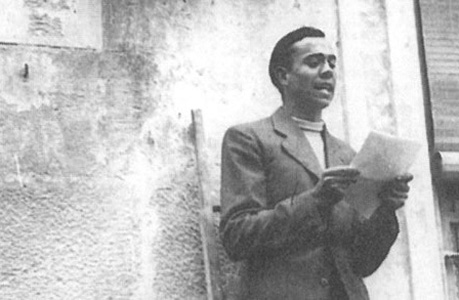 Don Share, senior editor of Poetry Magazine, reads his award-winning translations of Hernández’s work and frames this great poet’s life and poetry in the context of his time and the poets around him. Marta López-Luaces will read the original Spanish.

Don Share is a poet, editor, and translator. His books of poetry include Wishbone (2012), Squandermania (2007), and Union (2002). He is the editor of the books Bunting’s Persia (2012) and Seneca in English (1998), and he is co-editor of The Open Door: One Hundred Poems, One Hundred Years of Poetry Magazine (2012). He has received the Times Literary Supplement Translation Prize and the Premio Valle Inclán for his translations collected in Miguel Hernández (2013), published by New York Review Books. He is senior editor of Poetry Magazine, and lives in Oak Park, Illinois.

Marta López-Luaces is associate professor of Spanish at Montclair State University. She is coeditor and co-translator of New Poetry from Spain: An Anthology (2012).