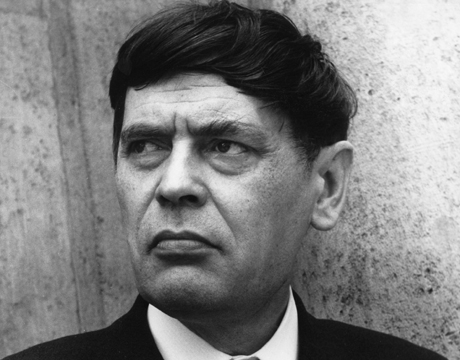 Ernst Meister (1911-1979) was born in Hagen, Germany, and studied first theology, then literature, art history, and philosophy at various German universities. After the publication of his first book in 1932, Meister wrote “for the drawer” while the National Socialists were in power, and it was not until the 1950s that he began publishing again. During the prolific last third of his life, he produced more than sixteen volumes of verse as well as numerous other literary and visual works. Often compared to Paul Celan because of the brevity and difficulty of his poems, Meister tends toward a more abstract existentialism that renders his work both intensely emotional and inimitably strange. Having written outside the dominant literary circles of his time, he remains relatively unknown, though he was posthumously awarded the most prestigious award for German literature, the Georg Büchner Prize, having been informed of the honor just days before his death.

Graham Foust is a poet whose books include A Mouth in California (2009) and Necessary Stranger (2007). Co-translator of In Time’s Rift, his latest book, To Anacrean in Heaven and Other Poems is forthcoming. He teaches at the University of Denver.

Samuel Frederick is the author of Narratives Unsettled: Digression in Robert Walser, Thomas Bernhard and Adalbert Stifter (2012), a book of literary theory. Co-translator of In Time’s Rift, he is also co-editing a collection of new scholarship on Robert Walser. He is an assistant professor of German at Pennsylvania State University.

“Whose broken window is a cry of art”

In poetry, we know that the most effective path to

TOMORROW at noon: Diane Glancy reads from her fort

Ed Roberson reads an excerpt from his poem "Asked