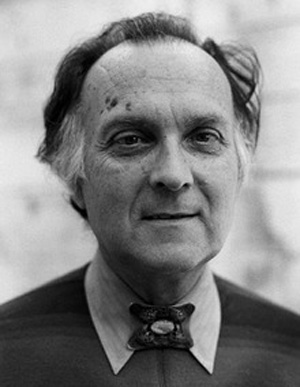 Robert Duncan often described himself as “bookish poet.” Drawing from sources as varied as philosopher Alfred North Whitehead’s Process and Reality, the kabbalism of The Zohar, and articles from Scientific American magazine, Duncan began his journey into the “made place” of the book. Duncan’s biographer, poet Lisa Jarnot, will map out the varied intersections of Duncan’s library, his bookishness and his entrance into poetics.

Lisa Jarnot is a writer and editor whose books of poetry are Night Scenes, (2008), Black Dog Songs, (2003), Ring of Fire, (2003) and Some Other Kind of Mission, (1996). Her biography of poet Robert Duncan, Robert Duncan: The Ambassador from Venus, published by University of California Press in 2012, was a finalist for a National Book Critics Circle Award and the Randy Shilts Award for Gay Nonfiction. Her latest book, Joy de Vivre: Selected Poems 1992-2012,, will be out in May 2013 from City Lights Publishers. She lives in New York City.