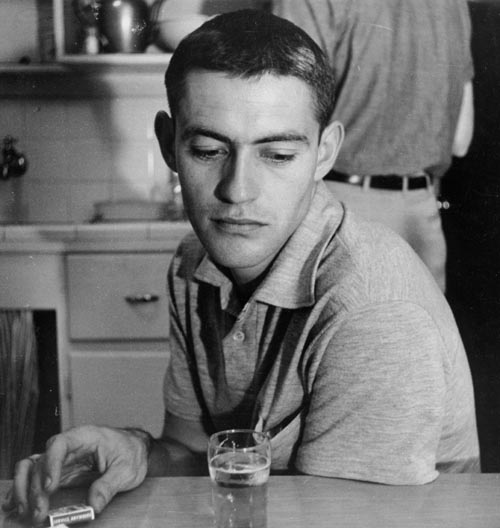 Miriam Nichols’s expertly edited The Astonishment Tapes (2015), a transcript of twenty autobiographical audiotapes recorded in an attic room in Vancouver by poet Robin Blaser in 1974. Thirty years prior, Blaser, along with Robert Duncan and Jack Spicer, formed the Berkeley core of what is now known as the San Francisco Renaissance. Reminiscent of the perfect mix attained by Blaser’s legendary martinis, this talk by Nichols blends gossip and literary legacy into a balanced representation of this mythic poet.

Miriam Nichols teaches at the University of Fraser Valley in British Columbia. She is the author of Radical Affections: Essays on the Practice of Outside (2010) and has edited several volumes of Robin Blaser’s writing, including The Astonishment Tapes (2015), a series of his autobiographical audiotapes recorded in 1974.