A Benefit for Poets House 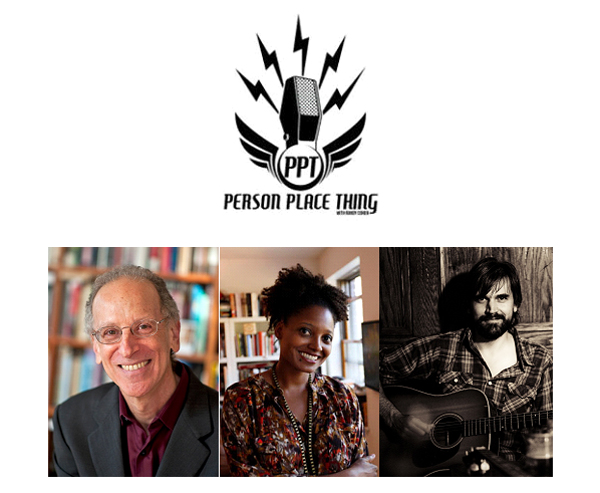 Poets House is thrilled to host the live recording of Person, Place, Thing. In this episode of the public radio show, Emmy Award-winner Randy Cohen asks Pulitzer Prize-winning poet Tracy K. Smith about a person, a place, and a thing of special significance to her. Join us for the resulting great stories and accompanying live music with award-winning folk musician Jefferson Hamer. All proceeds support Poets House programming.

Click Here to listen to the interview on the 92nd Street Y’s Person, Place, Thing page

Tracy K. Smith is the author of three books of poetry: The Body’s Question (2003), which won the Cave Canem prize for the best first book by an African-American poet; Duende (2007), winner of the James Laughlin Award and the Essence Literary Award; and Life on Mars (2011), which won the 2012 Pulitzer Prize for Poetry. She teaches creative writing at Princeton University and lives in Brooklyn.

After twelve years writing “The Ethicist” for the NY Times Magazine, Randy Cohen is now the man behind Person Place Thing, a public radio interview show based on the idea that people are particularly engaging when they speak not directly about themselves but about something they care about. Guests have included writer Michael Pollan, musician Judy Collins, actor Julianne Moore, Nobel Peace Prize laureate Jody Williams, Shakespeare scholar James Shapiro, and aerialist Philippe Petit.

Jefferson Hamer is a traditional musician and songwriter based in Brooklyn. His most recent album is Child Ballads, a painstaking, contemporary American reworking of seven of Professor Francis James Child’s venerable 19th century English and Scottish Popular Ballads, arranged and performed in close collaboration with acclaimed singer-songwriter Anais Mitchell. The album received a BBC Folk Award, showed up on best of 2013 lists in Rolling Stone and New York magazine, and was named one of NPR’s top-ten Folk and Americana releases of 2013