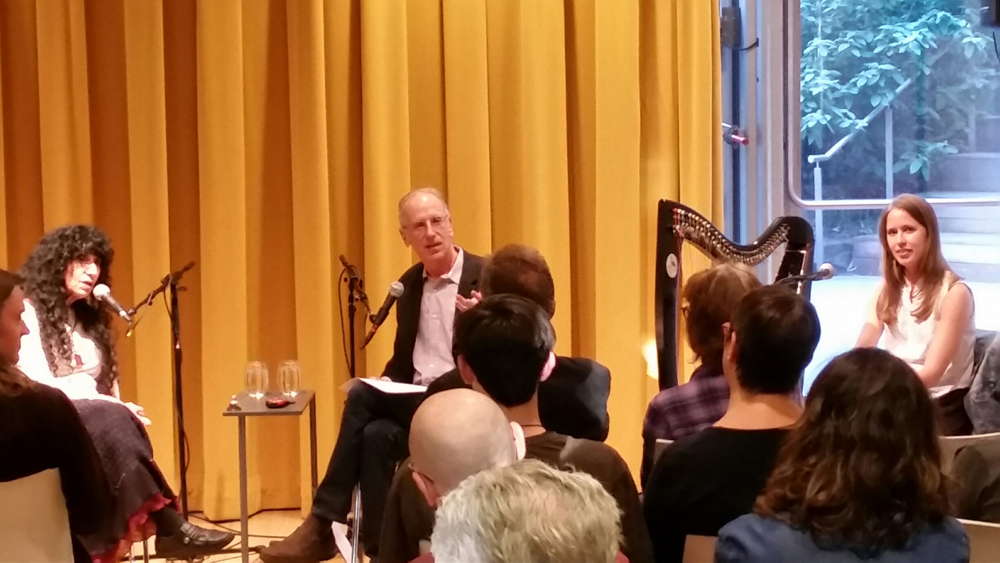 We are thrilled to welcome Emmy Award-winner Randy Cohen, widely known as the original writer of “The Ethicist” for New York Times Magazine, back to Poets House for a second live recording of his beloved public radio show, which interviews popular public figures about one person, place, and thing they find meaningful. Poet, essayist, and naturalist, guest Diane Ackerman is the author of two dozen works of nonfiction and poetry. Join us for a special evening of live music, featuring Irish harpist Maeve Gilchrist, and great stories

Diane Ackerman is a poet, essayist, and naturalist. She is the author of over two dozen books, including The Human Age: The World Shaped by Us (2014), One Hundred Names for Love: A Memoir (2011), Dawn Light: Dancing with Cranes and Other Ways to Start the Day (2009), and Origami Bridge: Poems of Psychoanalysis and Fire (2003). She has been the finalist for the Pulitzer Prize for Nonfiction in addition to receiving many other awards including the PEN Henry David Thoreau Award for Nature Writing. She lives with her husband, Paul West, in Ithaca NY.

After tweleve years of writing “The Ethicist” for New York Times Magazine, Randy Cohen is now the man behind Person Place Thing, a public radio show based on the idea that people are particularly engaging when they speak not directly about themselves but about something they care about.

Maeve Gilchrist is a harpist based in Brooklyn. She tours internationally as a soloist and with various collaborations including a duo project with the percussive dancer Nic Gareiss. She has recorded three albums and written a folk harp method book published by Hal Leonard Music.