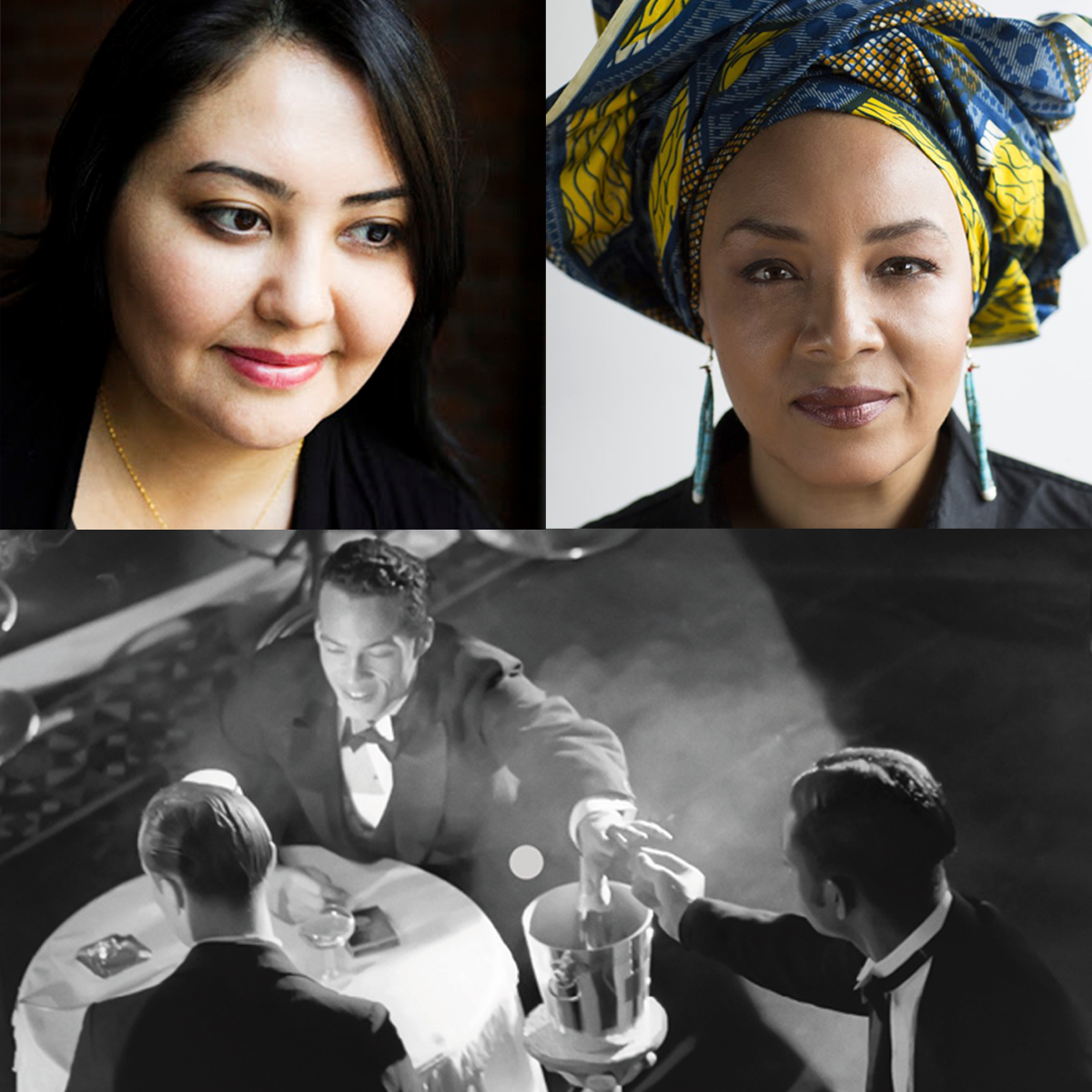 The sumptuous Looking for Langston (Isaac Julien, 1989, 60 min.) streams on Twitter at 4:00PM, with discussion to follow with Zohra Saed, LaTasha Diggs, & Poets House program director Paolo Javier. The post-screening discussion focuses on poetry, collective memory, and the legacy of the Harlem Renaissance in the political and artistic imagination of Harlem poets today.

“Shot in sumptuous monochrome, Looking for Langston is a lyrical exploration—and recreation—of the private world of poet, social activist, novelist, playwright, and columnist Langston Hughes (1902 – 1967) and his fellow black artists and writers who formed the Harlem Renaissance during the 1920s. Directed by Julien while he was a member of Sankofa Film and Video Collective, and assisted by the film critic and curator Mark Nash, who worked on the original archival and film research, the 1989 film is a landmark in the exploration of artistic expression, the nature of desire and the reciprocity of the gaze, and would become the hallmark of what B. Ruby Rich named New Queer Cinema. Looking for Langston is also regarded as a touchstone for African-American Studies and has been taught widely in North American universities, colleges and art schools for nearly 30 years.” –Isaac Julien Studio

Zohra Saed is a Brooklyn based Afghan American poet. She is the co-editor of One Story, Thirty Stories: An Anthology of Contemporary Afghan American Literature (University of Arkansas Press), editor of Langston Hughes: Poems, Photos, and Notebooks from Turkestan (Lost & Found, The CUNY Poetics Documents Initiative); and Woman. Hand/Pen. (Belladonna Chaplet). Her essays on the Central Asian diaspora have appeared in Eating Asian America (NYU Press) and The Asian American Literary Review. She co-founded UpSet Press, a Brooklyn-based nonprofit indie press, with poet Robert Booras. Zohra is an Assistant Professor of Literature at Bard Early College, Queens.

A writer, vocalist and sound artist, LaTasha N. Nevada Diggs is the author of TwERK (Belladonna, 2013). Diggs has presented and performed at California Institute of the Arts, El Museo del Barrio, The Museum of Modern Art, and Walker Art Center and at festivals including: Explore the North Festival, Leeuwarden, Netherlands; Hekayeh Festival, Abu Dhabi; International Poetry Festival of Copenhagen; Poesiefestival, Berlin; and the 2015 Venice Biennale.  As an independent curator, artistic director, and producer, Diggs has presented literary and musical events for BAMCafé, Black Rock Coalition, El Museo del Barrio, Lincoln Center Out of Doors, and the David Rubenstein Atrium. Diggs has received a 2020 C.D. Wright Award for Poetry from the Foundation of Contemporary Art, Whiting Award (2016) and a National Endowment for the Arts Literature Fellowship (2015), as well as grants and fellowships from Cave Canem, Creative Capital, New York Foundation for the Arts, and the U.S.-Japan Friendship Commission, among others. She lives in Harlem.

Made In Harlem: Remembering The Renaissance, is an ongoing series of documentary film screenings hosted by Maysles Cinema in commemoration of the Harlem Renaissance’s landmark 100th anniversary uses the wide-ranging lens of documentary film to capture and commemorate, explore and expand the many layers of experience that made up–and continue to make up–the Harlem Renaissance. The series brings together a variety of mostly nonfictional film sources to examine visual representations of the Renaissance and the lasting influence of these representations on political and artistic output, collective memory, present-day black experiences, and the Harlem of today. This series is supported by the West Harlem Development Corporation.