Poets from the University of Iowa’s International Writing Program 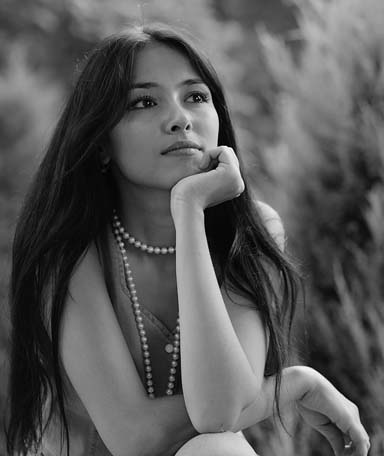 Join us for a special reading by three poets currently in residence at the University of Iowa’s famed International Writing Program. Following the reading, the poets will take questions from the audience. A reception will follow.

Alina Dadaeva (Uzbekistan) has worked as a reporter and correspondent for Зеркало XXI [Mirror XXI], Бизнес-вестникВостока [Business Report of the East], Новый век [The New Century] and Леди [The Lady]. Her poetry has appeared in Вдохновение [The Inspiration], an almanac of young Uzbek poets, and in the literary journals День и ночь [Day and Night], Звезда [The Star], Новая Юность [The New Youth], and Звезда Востока [The Star of the East]. Dadaeva’s first collection of poetry, Предчувствие [The Presentiment], was published in 2010.

TJ Dema (Botswana), a founding member of her country’s spoken word movement and a member of Sonic Slam Chorus, a former chair of the Writers’ Association of Botswana, and runs Sauti Arts and Performance Management. An editor and anthologized poet, she has produced a multilingual CD, Dreaming Is A Gift For Me, featuring twelve Botswana poets. This summer she took part in the Cultural Olympiad’s Poetry Parnassus in London.

Rodrigo Garcia Lopes (Brazil) has published five collections of poetry, including Solarium (1994), Polivox (2001) and Nômada (2004). His poems, essays and interviews have been widely published and anthologized, including in Os Cem Melhores Poemas Brasileiros do Século 20 [The Best 100 Brazilian Poems of the Twentieth Century]. His second CD, Canções do Estúdio Realidade [Songs from Reality Studio], a new book of poems and a first novel, the detective story O Trovador [The Troubadour] are forthcoming in 2012. He translates from the English (Whitman, Laura Riding, Plath) and from the French (Rimbaud, Apollinaire). A freelance journalist and translator, he co-edits the arts magazine Coyote; he also performs his poems and songs regularly around Brazil.

Co-sponsored by the International Writing Program at the University of Iowa.